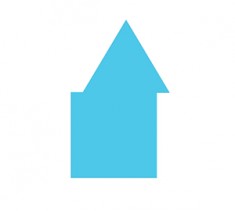 We’re all going to hell, but hopefully with the impending destruction of the universe more space will open up for new peaks of literary greatness. Luckily, Maddy Foley over at Bustle just started the conversation with a list of contemporary novels that seem bound to become classics.

Culled from a recent Reddit thread, Foley’s list includes such moving and important works as Chimamanda Ngozi Adichie’s Americanah and Arundhati Roy’s The God of Small Things — brilliant books that deserve canonization and much more (idk, like world peace or something). But this whole list thing got me thinking, and I can’t help but feel there’s a slew of Melville House titles that just scream “classic” to me. And so here is my not-at-all exhaustive, highly subjective Melville House canon:

Debt — David Graeber’s anthropological history of debt clocks in at 544 pages and was one of the most important and controversial books during the 2008 financial crisis.

Havana Real — Blogging throughout the early 2000s, Yoani Sánchez gave readers invaluable access to life in her native Cuba under the Castro regime. Sanchez was named one of the “100 Most Influential People in the World” by TIME in 2008, and her reporting exemplifies courageous and ethical journalism.

Every Man Dies Alone — Well, I mean, hello?! Hans Fallada’s rediscovered World War II masterpiece took the literary world by storm upon its re-release in 2009. Called the “greatest book ever written about German resistance to the Nazis” by Primo Levi, Fallada’s novel continually proves its relevance decades after it was first published.

I Await the Devil’s Coming — When I read Mary MacLane’s diary, I was immediately attracted to her anger, self-righteousness, and intelligence. A girl of nineteen, MacLane found fame when her diary was published in the early 1900s. Not much has changed when it comes to the complicated inner workings of a teenage girl, but encountering them in a teenager from Butte, Montana in 1902 really is a wild ride.

Trainwreck — Sady Doyle’s recent work of nonfiction helped usher in a wave of feminist critique of the current mainstream. We’re finally reaching a place where the injustices committed against women—in the workplace, at home, in larger society—are being brought to the forefront, and Doyle’s book unearths the centuries-long struggle of gender equality.

Half the Kingdom —– Lore Segal is one of America’s most beloved writers, a renowned New Yorker writer and a finalist for the Pulitzer Prize. This 2013 New York Times Notable Book of the Year takes place in a small New Hampshire hospital, where doctors are noticing an uptick in Alzheimer’s patients. With quiet tenderness and razor-sharp observations, Segal reveals the current American psyche. 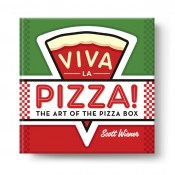 Viva La Pizza — Okay, so pizza? Classic. Scott Wiener? Some may call him a classical historian of the pizza. Everyone knows that if you want to learn the good word on this classic food staple, you turn to Scott Wiener.

The Dark Net — Author Jamie Bartlett’s deep dive into the creepy and controversial “dark net” helped define a world not many people were even aware of. Bartlett’s history of the internet shows a layered labyrinth of dirty dealings, dirty pictures, and dirty money.

The Making of Donald Trump — Without a doubt one of the most revelatory accounts of who our current president really is, David Cay Johnston’s deeply researched book on Donald Trump looks at business dealings in Trump’s past as a real estate mogul, and examines how relationships forged then factor into who he is as a president.

La Femme de Gilles — Pick this book up now. Another rediscovered novel from our Neversink Library, Madeleine Bourdouxhe’s heart-wrenching tale of love and deception follows a mother who discovers her increasingly distant husband is having an affair with her younger sister. A short, entrancing read that we are all thankful has resurfaced for the modern reader.