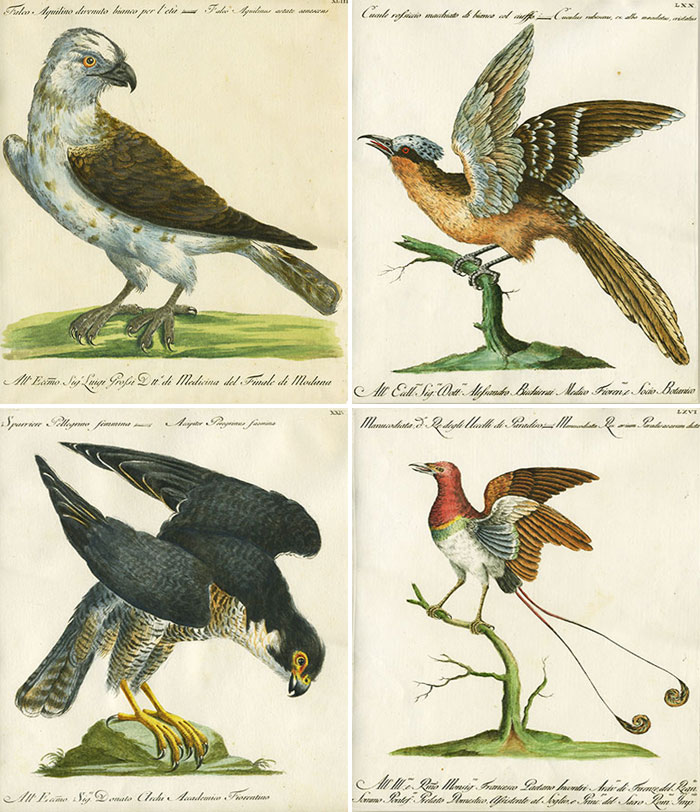 AbeBooks, the prominent online marketplace for rare and used books, has released a list of the most expensive books sold on their platform in 2015. The top five includes rare books on natural history, a Russian treatise on geometry, and of course a signed first edition of Charlie and the Chocolate Factory. The top twenty includes two titles by Sir Isaac Newton, a $10,000 copy of Do Androids Dream of Electric Sheep by Philip K. Dick,  and a signed first edition of Helmut Newton‘s Sumo, a titanic volume of photography which weighs in at 77 pounds (it comes with a built-in metal stand).

For your bibliophilic perusal, we present you with the top five most expensive titles sold in 2015:

2. Pangeometria, by Nikolai Ivanovich Lobachevskii — £22,000
Originally published in Russia in 1856, this is a seminal book in the development of geometry.

3. Charlie and the Chocolate Factory, by Roald Dahl — £16,650
A first edition from 1964 signed and inscribed by the Dahl: “For Jane and Alex with much love Roald Dahl October 1964.” The bookseller was Raptis Rare Books in Brattleboro, Vermont. Published in September of 1964 by Knopf, the initial run consisted of just 10,000 copies, all of which sold within weeks of publication. This particular copy is by far the most expensive Roald Dahl book to be sold through AbeBooks.

4. Sertum Orchidaceum: A Wreath of the Most Beautiful Orchidaceous Flowers, by John Lindley — £16,500
A first edition of one of the rarest orchid books, containing 49 hand-colored lithographed plates by John Lindley (1799-1865), a botanist, horticulturalist, and pioneering orchidologist.

5. Plantes de la France, by Jaume Saint-Hilaire — £14,860
A first edition in ten volumes was published in 94 installments and delivered to readers via subscription between 1819 and 1822 (at Saint-Hilaire’s own expense). The great book of botany contains one-thousand illustrations engraved on copper and printed in color.