November is a busy month. 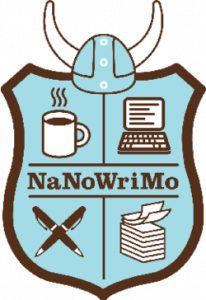 The holidays fast approaching, everyone’s busy getting their priorities straight, their work done, and their proverbial plans in line before the year comes to a close and we’re all left with that whiplash effect and the same thing we say every year, “Where did the year go?” For writers, November is a notable one due to the popularity and ever-vigilant National Novel Writing Month (or #NaNoWriMo). Writers aim to log their progress and, by month’s end, have a loose draft of a novel.

It’s not so much about actually writing a complete and ready-to-sell manuscript; rather, #NaNoWriMo acts as a writing prompt, a community-building effort where writers get to put their pens to the proverbial page and not worry about all the usual distractions. That’s the ideal anyway. Take a look around and you’ll see that everyone struggles with #NaNoWriMo too. So it might be worth taking a look at some of the best advice writers, editors, and seasoned participants have offered those about to make this trek.

1. You don’t need to know where you’re going.

People recommend creating an outline–which is good advice–but what if you don’t really know where you’re going with the book? It’s kind of tough, and as difficult as writing the actual novel, when you don’t have those key plot points and/or scenes in mind. But guess what? You don’t need to. All you need is an idea or two and the space to explore. “Only outline where you want to go with your story, then start writing,” says editor Mary-Theresa Hussey. If you want a character to die, start writing to explore how the character might die. If you want a romance to grow between characters, start writing and see how they find each other. You’ll soon discover not everything can be predicted.

2. Perfection? What is that?

This one might be obvious but it needs to be stated: Don’t ever expect perfection. Not even after you’ve finished your third draft. There’ll always be something in need of expansion, alteration, and change. “First, give yourself permission to be imperfect,” suggests Kate Angelella, former editor at Simon & Schuster. “You may want to iron out every plot detail, every character trait, and motivation before you even begin, but often these are details you figure out as you write the first draft. Be playful. Explore.” Perfection is possible or else we would never fight to attain it; however, it helps to know that a story’s blemishes sometimes add to their glow, their luster.

While going through the routine of writing, especially when you’re put into a strict space of constant productivity, you will doubt every word, scene, and chapter you produce. This is normal. Even the most “successful” writers battle the same doubt, the same demons. Neil Gaiman, in one of his official Pep Talks for #NaNoWriMo, outlined the struggle perfectly. Gaiman struggled with a novel and by the time he was nearing the three-quarters mark, he contacted his agent. “I told her how stupid I felt writing something no-one would ever want to read, how thin the characters were, how pointless the plot. I strongly suggested that I was ready to abandon this book and write something else instead.” Much to his surprise, his agent replied, “Oh, you’re at that part of the book, are you?” It seems Gaiman had done this before, numerous times. Every single time. So too the agent’s other clients; at some point, they doubt the very thing they’re creating and they want out. Keep this in mind – you’ll always be eying an escape. Don’t scare yourself away.

4. You need inspiration as much as anyone else.

Another self-explanatory piece of advice that gets tossed around so much, probably because writers forget to revive themselves. The reason you chose that idea over the others was due to the excitement and intrigue. The idea helps get you started but you’ll need continual doses to keep you interested. This means exploring, doing quick research, or better yet, free-writing your way into and out of a scene that might never make it into the actual novel. Just write to recover. “The trick to landing an excellently unexpected insertion is to not go with the first idea that pops into your head,” says author Marissa Meyer. Those ideas become more customary, expected; it’s about letting yourself bleed out random choices to see what might surprise you.

4. Everything changes, especially what you want to keep.

It’s going to happen. The plot you’ve devised, the initial concept, it will evolve. Things will find a way about them. Be sure to let it. Don’t be close-minded. At the same time, you will find yourself gripping onto certain details, images, those are the sorts of little details that become touchstones as you navigate the big stuff. Much like going on a road trip, the best part isn’t the actual route plotted but rather what you discover along the way. “I have the image of thousands of flightless birds running across a field,” says author Deb Olin Unferth, “What’s yours? Return to your image when you get stuck, recover its emotional power.” These little images are your fuel.