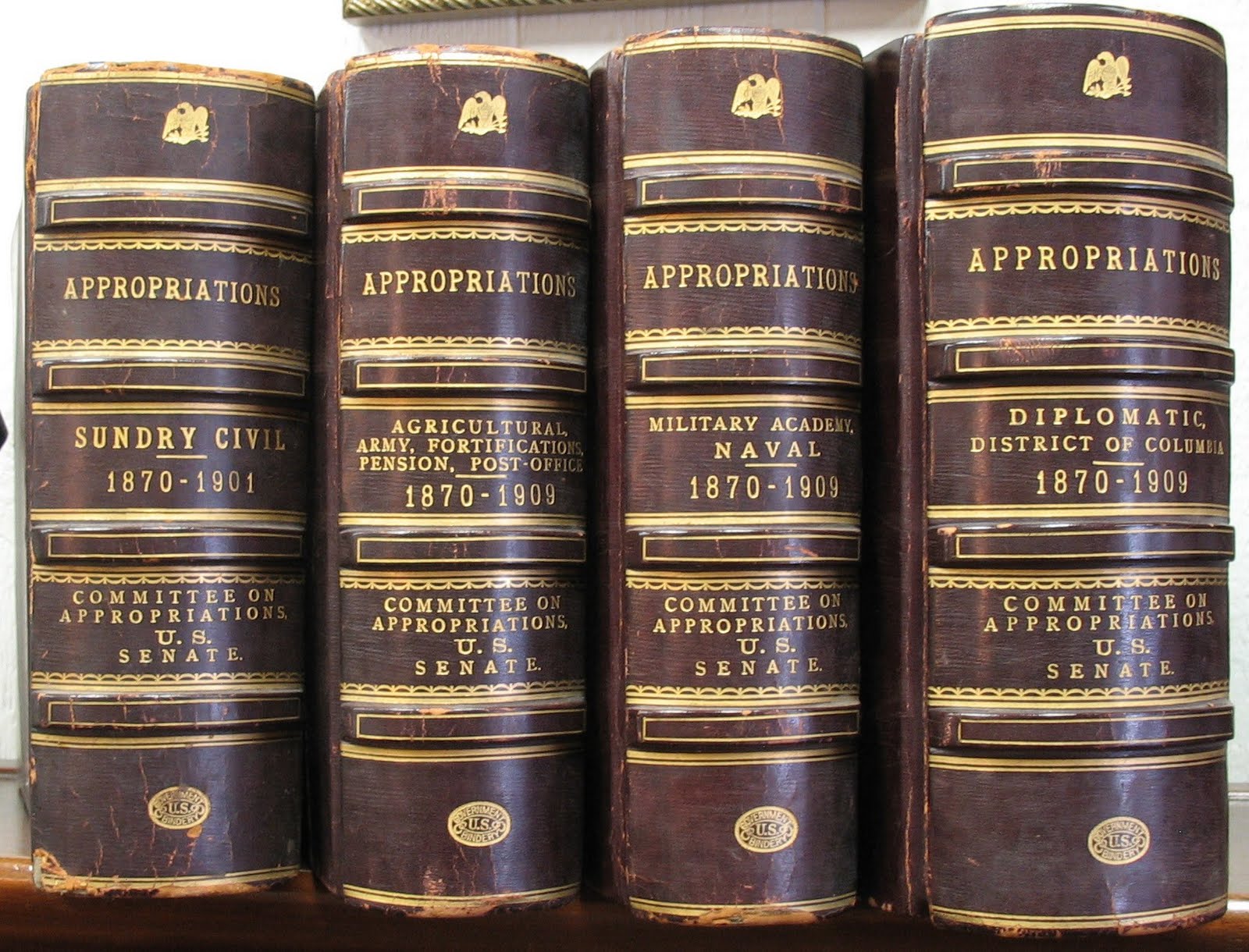 Somewhere in these volumes, a twine manufacturer heard some good news

In 1886 $85,000 dollars was allocated by the United States Senate for procurement of wrapping-twine. The reasons for such a purchase are yet uncertain, but historians will now have a chance at figuring out such mysteries because long lost Senate records for the time have supposedly been found.

A northern California rare book dealer, Vic Zoschak of Tavistoc Books, is responsible for rediscovering the books. The records span the years of 1879 to 1909 and encompass nearly the entire budgetary expenditures of our government for that period. Five-volumes in total, the set lacks the final volume that included budgets for “Indian Affairs” and “Deficiencies.” No doubt perceived as interchangeable.

To read more on the remarkable find and take a look at the wonderfully preserved volumes head on over top the rare book blog, Book Tryst. There you’ll find a substantial listing of the volume’s contents, of which here are some highlights:

There is a curious allocation [Ledger III, O307] of $2,000 for the Committee on Alcohol in the Arts. Not quite funding for NPR but nice to know that Congress was paying attention to cultural affairs – though probably via artful showgirls and free-flowing champagne. It was undoubtedly  a popular and coveted committee assignment.

$10,000 was allocated for the “purchase of certain books and records of the late, so called, Confederate Government.”

In 1882-83 $5,000 was allocated for an experiment lighting naval vessels with electricity, and allocations were made in 1898-99 for the purchase of modern electric machinery and appliances at West Point.

Book Tryst goes on to note that while Guantanamo cost a pretty penny only $23,500 was allocated  for governmental costs incurred while annexing Hawaii. The rest is cruel fate.