Happy happy birthday to Herman Melville! 200 years! Wowza. For readers that are New Yorkers, Poets.org put together this really impressive self-guided Herman Melville super fan walking tour that would be the perfect way to celebrate. The tour is great fun because it includes places Melville would have visited himself, and also includes areas of influence for his characters, such as Bartleby in Bartleby the Scrivener. If you want the abridged version of this tour, check out The Bowery Boys Herman Melville Tour, which they actually posted last year for Melville’s 199th birthday.

If you aren’t feeling the walking tour, you can also get your read on with some of our favorite Melville books such as:
Bartleby the Scrivener by Herman Melville

Set in the mid-19th century on New York City’s Wall Street, it was also, perhaps, Herman Melville’s most prescient story: what if a young man caught up in the rat race of commerce finally just said, “I would prefer not to”?

Herman Melville’s final masterpiece, found unpublished on his desk at his death, and the book in which he discusses homosexuality most openly.

The Great Eastern by Howard Rodman

A dazzling, inventive literary adventure in which Captain Ahab confronts Captain Nemo and the dark cultural stories represented by both characters are revealed in cliffhanger fashion. Although this book is not authored by Melville, it features THE Captain Ahab.

If you think celebrating deceased author birthdays is stupid and would prefer not to celebrate, oh boy do we have the thing for you: 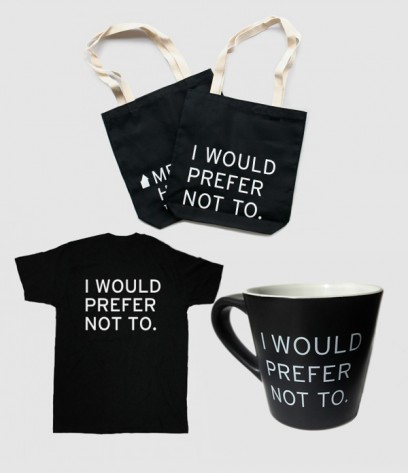 BONUS: To celebrate 200 years, we are having a 30% off storewide sale! Just use the code MELVILLE200 at checkout. Party on.