Will Self, Sally Rooney, and the problem of male-to-female criticism 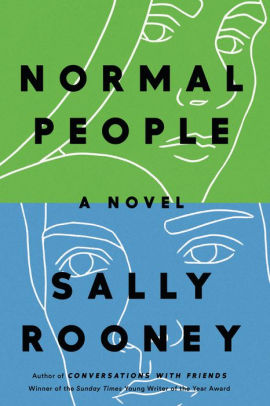 You’ve heard it before, and probably enough times, an older white male writer chastises a younger white female writer for her success. But is it possible for legitimate criticism to lay beneath apparent chauvinism?

In an interview with the Times a couple weeks ago, writer Will Self was asked about his thoughts on Sally Rooney‘s prize-nominated, critically acclaimed, and best-selling novel Normal People.

“It’s very simple stuff with no literary ambition that I can see,” he said. “I don’t mean to be overly critical but in terms of literary history, it does seem a bit of a regression. […] What’s now regarded as serious literature would, 10 or 20 years ago, have been regarded as young-adult fiction.”

The statement, when it appeared, prompted a predictable backlash on twitter. “Very Serious writer Will Self is denigrating Sally Rooney for being young and selling well in an interview to promote his *checks notes* artisanal macrons,” wrote author Dana Schwartz, in a needled reference to Self’s latest literary project: distributing macarons filled with fortunes (written by Self, of course) to various London dining establishments.

Will Self, comfort eating comped macaroons between furious drags on a Marlborough Light, popping to the Post Office to cash his Radio 4 comedy cheque, losing his mind over Sally Rooney’s sales figs, what a time to be alive, thankyou Jesus

The macaron project, by the way, Self plugged in same piece, after going on to note that “if you consider that Nabokov’s Lolita was on the New York Times bestseller list for nine months, it’s a different order of literature.”

But while Self may have bungled his criticism of the kind of literature that Rooney has become the vanguard for, it did somewhat open up a conversation about the literary quality to Rooney’s work.

“Normal People stands out because it is different—more literary, if you like—than everything else on the bestseller lists,” wrote Rudolph Hawksley in an op-ed for the National. “But this is not quite the same thing as saying it is of great literary significance. The value of Rooney’s writing has been inflated because most of us don’t read enough literary fiction. We have therefore mistaken something quite ordinary for something exceptional.”

Whatever you think of Conversations with Friends or Normal People, if you’ve read them, it’s obvious that Rooney is a whip smart thinker. To Self, I would argue that Lolita was Nabokov’s twelfth novel and third to be written by the author in English. But I wasn’t swept in the Rooney mania either, and couldn’t sink into the superficial and somewhat privileged concerns of Normal People before other books grabbed my attention, such as a galley copy of Valeria Luiselli’s brilliant and profound Lost Children Archive.

If anything, I sided most with British literary critic Kate Maltby who tweeted:

Is it OK to think Sally Rooney is overrated and also enjoy the general mockery of Will Self? Asking for a friend.

Yeah, I think so.

Wait, Why do novels have to say "A Novel" on the cover?

The Man Booker Shortlist is announced - what can it tell us this time about the state of British publishing?