White House Correspondents’ Dinner to feature a biographer instead of a comedian, no laughs expected 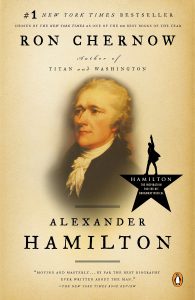 Yes, Chernow’s biography of Hamilton was the basis for that Hamilton

We cannot pretend that the nearly 100-year-old institution of the White House Correspondents’ Dinner is a radical event. It’s a lighthearted affair in which the President hosts a meal with all of the media bigwigs you’d expect, while a headlining comedian fires off a few jokes about how CNN is boring, and gives the Commander in Chief a gentle post-prandial ribbing.

The evening exists for the administration and the fourth estate to engage in a performance of speaking truth to power. Of course, it would never result in CNN not being boring, or, say, a President curtailing war powers.

In short, it is Tradition.

This year, the Trump White House has altered that tradition, signing up acclaimed biographer Ron Chernow to deliver the keynote, rather than a pesky, wisecracking comedian.

The choice makes sense for this administration, as Chernow’s beat is presidents and moguls. It also makes sense as it seems he won’t be throwing down any challenges to those in power (performative or not). Instead, Chernow will give a civics lesson for all in attendance to nod along to. He says:

The White House Correspondents’ Association [WHCA] has asked me to make the case for the First Amendment and I am happy to oblige,” Chernow said in a statement. “Freedom of the press is always a timely subject and this seems like the perfect moment to go back to basics. My major worry these days is that we Americans will forget who we are as a people and historians should serve as our chief custodians in preserving that rich storehouse of memory. While I have never been mistaken for a stand-up comedian, I promise that my history lesson won’t be dry.

This particular format is ideal for this moment in time, as it offers the easiest way for the President to rehab his actively combative stance toward the media, and appear to enshrine our first amendment rights.

Last year’s performer, comedian Michelle Wolf, whose set caused a bit more commotion than usual has called the WHCA “cowards” for the decision.

The @whca are cowards. The media is complicit. And I couldn’t be prouder. https://t.co/OOIFGuZ731

And she’s not wrong. Not because Trump won’t stand up to a bit of criticism once a year, but because he can’t even limp his way through an event that was never meant to be a challenge to power.

Or perhaps we should look to the Freudian explanation for Trump’s nervous fixation on this event: that the 2011 dinner was something like the primal scene in his presidential neurosis.