What exactly is the point of interviewing Alex Jones? 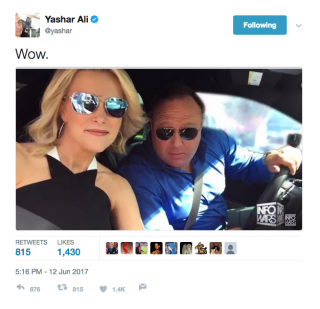 She’s only been in the the job for a few weeks now, but Megyn Kelly, the bright future of our liberal media and newly minted star of NBC’s news programming, is already showing her chops at getting people talking, which is the only thing that matters in Trump’s (and Jeff Zucker/Andy Lack’s) America. And fresh off a disappointing performance in her interview with Vladimir Putin, NBC has started teasing Kelly’s upcoming sit-down with conspiracy theorist, host of Infowars, and dangerous raving lunatic Alex Jones. A quick refresher on Jones from Jim Rutenberg’s New York Times story on his influence with Trump:

Mr. Jones, in case you aren’t aware, is the conspiracy-theorizing, flame-throwing nationalistic radio and internet star who’s best known for suggesting that Sept. 11 was an inside job, that the Sandy Hook school shooting was “completely fake” and that the phony Clinton child-sex trafficking scandal known as Pizzagate warranted serious investigation (which one Facebook fan took upon himself to do, armed with an AR-15).

The reasons for Jones to sit down with Kelly are staggeringly obvious. He gets to spew his bile in front of an audience that he usually can’t reach, and any critical reaction will be put to quick work riling his fan base up into a rabid froth of “FAKE NEWS”-declaring and media-bashing. Why Kelly wants to play the patsy for people like Putin and Jones is less clear, though she took a shot at explaining it.

Okay, so, a modest proposal: Don’t worry about “shining a light” on people like Jones. (And probably don’t post smiling selfies with them, either.) “Trying to understand” soemeone and “giving a megaphone to” them are two completely different things. Let him slither back under the rock he came from, and if you want to discuss his effect on American culture and politics, try shining a light on the people whose lives he’s affected. Their stories are more important and, frankly, more interesting. 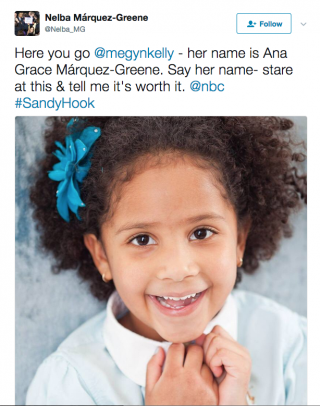 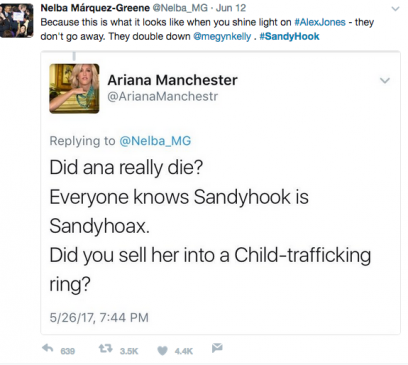