What does it mean to get slammed on the internet? 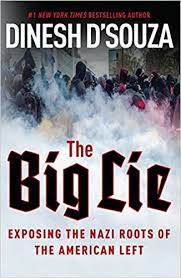 Everybody’s getting slammed these days. I’m not talking about whatever teenagers do in basements when their parents aren’t home; I’m talking about the coin of the realm of internet outrage.

But in the same way I don’t know what those basement-kids are actually doing, I don’t know exactly what it means to get slammed on the internet.

I do know that Fox is always reporting on people getting slammed. A quick Google search brings up suggested results in which Fox News variously slams “CNN,” “White House,” “Donald Trump,” “Seattle,” “Obama” (who is kind of the Seattle of presidents so at least there’s some consistency there), “Chris Brown,” “Star Wars,” etc.

Fox continued its traffic in slam culture earlier this week with an article by Brian Flood titled “Seth Rogen slammed for trying to get Costco to stop selling conservative writer’s book.” The story is actually an old one: Two months ago, the stoner-comedy staple tweeted at Costco, asking why the bulk retailer was selling a book by arch-conservative Dinesh D’Souza. The Big Lie aims to expose that the foundations of the American left lie in Nazism.

The real slamming Fox is writing about, however, is new. This week blogger and conspiracy theorist Mark Dice dug up Rogen’s original tweet and countered with, “Look at this Hollywood Libtard acting like a Nazi trying to get a book banned. What’s next Seth? Burning them?” That can’t be a slam, can it?

D’Souza’s contribution also leaves me hanging. He wrote, “Don’t call a book shit without reading it. If you do, I’d honestly like you to tell me what I got wrong.” (Melville House author Mark Bray has read the book, and explains in his review, “By defining ‘the right’ as the champions of limited government (though not limited with the military, police, or prisons) and ‘the left’ as advocates of an interventionist state, D’Souza concludes that ‘fascism is exclusively the product of the left.’”)

I think the main reason I’m not feeling the slammage is that Rogen neither called for the book to be banned nor described it as “shit” (though I’m willing to concede that he does, somewhere in his heart, believe it to be shit).

Another reason I don’t see much real slammage here is the absolute moral bankruptcy of the false equivalency that Price’s tweet draws (taking a cue from D’Souza) between liberals and Nazis. Nazism and white supremacism are founded on genocidal beliefs — in the horrific form of ethnic cleansing, or the more politically abstracted forms of mass incarceration and immigration bans. Libtards, as far as I understand the term, do not advocate these things. When pundits draw this comparison between liberals, The Left, Antifa, Hollywood Or Whatever, and Nazis, I think of Mrs. Doubtfire. That’s because many times lately I’ve had friends refer to being overbooked and trying to keep two dates at once as “pulling a Mrs. Doubtfire” (after the scene where Robin Williams keeps making excuses and costume changes in order to convince two people in the same restaurant that (s)he’s out with them alone).

And in the same way, asking a massive discount chain why they have to sell a book that would probably alienate a good number of toilet-paper-buyers is not “pulling a Nazi.” “Pulling a Nazi” means marching through a town square with torches, armed to the teeth and raving about the Jews. It’s the whole point of the ideology by the same name.

Last, the reason why I know this can’t be real slammage is that the comments for the Fox article are profoundly uninspired. A more or less random sampling offers:

“This guy (Seth Rogan) is a funny guy but doesn’t anyone want to take worldly advice from him? A court Gesture! No way!!!”

“another ceLIBrity i won’t watch”

“Typical hollyweird liberal trying to shut down free speech.Add another to the boycott list.”

One of the many shortcomings of our political culture is that these slams we’re tossing around simply aren’t slams. They’re barely coherent attempts to engage with the vague objects of their anger. In this, they are like the work of Dinesh D’Souza.