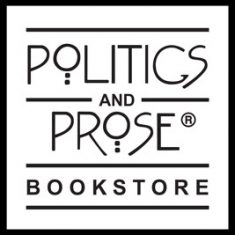 It’s been a big week, in a big year, of watching, waiting, and wondering about the fate of Barnes and Noble. On Monday, David Leonhardt published an op-ed in the New York Times where he enjoined: Save Barnes and Noble!

His argument is that yes, B&N was once the enemy, the model of an evil giant retailer ready to squash independent bookstores. But now that Amazon is a certifiable monopoly (one the government seems unwilling to certify), B&N inhabits a strange limbo between mega-retailer and community bookstore.

In a recent article for the Washingtonian, McKenzie Jean-Phillipe explored the spaces on either side of that No Man’s Land to compare the differences in stock between Amazon’s new brick-and-mortar store in DC, and the city’s beloved indie Politics and Prose.

In her experiment she sought out six popular books about DC, to see who carried what.

In common, the two bookstores both carried Chocolate City (by Chris Asch and George Musgrave) and Personal History (by Katharine Graham).

Only Politics and Prose carried This Town (by Mark Leibovich), The Passage of Power (by Robert A. Caro), and Hard Revolution (by George Pelecanos).

And only the Amazon bookstore carried House Mouse, Senate Mouse (by Peter Barnes).

So what does Amazon’s algorithm-stocked bookstore know what Politics and Prose doesn’t? Or vice versa?

The clearest takeaway from this small sample size is that both stores skew topical, with Chocolate City being a rather recent title and part of a wave of books on race in America, and Personal History having been recently dramatized in the film The Post. Ok, this is not the boldest pronouncement we’ve ever made.

What is more revealing, perhaps, is Politics and Prose’s willingness / ability to carry strong recent backlist titles that the Amazon store has skipped over. Publishers love to see this, both because a steady backlist seller can be a source of some much-needed reliable income, and because books that are a few years out can still benefit from the visibility they’re no longer getting through traditional publicity outlets. Bless them for this.

The 10,000-square-foot Amazon store carries only new releases and items that have received four or more stars on Amazon (this perhaps is the greatest explainer for its specific choices in stock). It’s chock full of expensive gadgets, and it inhabits the former site of a now-defunct Barnes and Noble (read: is haunted).