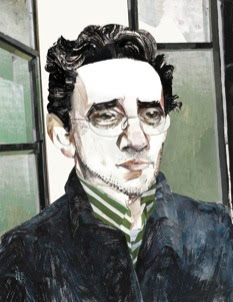 Last year, MobyLives ran a 10-part series titled “What Bolano Read” to coincide with publication of Roberto Bolano: The Last Interview & Other Conversations. The goal was to explore his influences and begin a discussion that would help readers appreciate the brilliance, depth, and range of his work. Not only that, Bolano’s read so widely, the list of names that influenced him could serve as an ultimate syllabus for anyone seeking a list of the world’s great literature.

In the opening post Tom McCartan, the series author, quoted Bolano from an interview he did with Bomb magazine in 2002, in which he said about his influences:

As to my idea of a canon, I don’t know, it’s like everyone else’s, I’m almost embarrassed to tell you, it’s so obvious: Francisco de Aldana, Jorge Manrique, Cervantes, the chroniclers of the Indies, Sor Juana Ines de la Cruz, Fray Servando Teresa de Mier, Pedro Henri­quez Urei, Ruben Dari­o, Alfonso Reyes, Borges, just to name a few and without going beyond the realm of the Spanish language.

To be sure, that list will get you pretty far.

As it happens, Symphony Space in New York will conduct their own version of this exercise next Wednesday (11/10) for a Selected Shorts event titled “Roberto Bolano and the Writers He Admired.” Felix Solis and Charles Keating are reading some of Bolano’s stories, as well as those of Javier Marias, Nicanor Parra, and Jorge Luis Borges. This merely scratches the surface, but New Yorkers looking for a fitting tribute to him would do well to check it out.