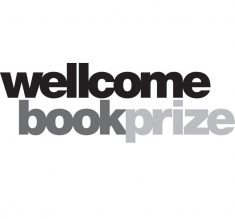 As the awards season continues on amidst major changes, a younger prize is honoring spectacular new voices in fiction and non-fiction. In its tenth year, The Wellcome Prize just announced its shortlist for 2019.

According to the Prize’s website, the award was created in the hopes of honoring books with:

A central theme that engages with some aspect of medicine, health or illness. Books that find stories in those brushes with medicine are ones that add new meaning to what it means to be human. The subjects these books grapple with might include birth and beginnings, illness and loss, pain, memory, and identity.

Nearly every genre of book is accepted.

Among this year’s judges is the award-winning author Elif Shafak. Alison Flood at The Guardian writes on the Prize, the impact all the nominees have had on the themes of gender and identity, and the social implications thrust upon them.

“As well as gender, these books also focus on masculinity,” said Shafak. “We are talking about masculinity in a way we’ve never done before, and to see that reflected in the world of literature, fiction and non-fiction, was interesting. The way these books approach the construction of masculinity is very brave, very honest.”

So, without further ado, the shortlist for the year: