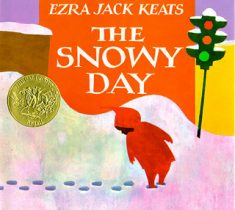 In recent years, the troubling lack of diversity in kids’ books has become an area of increasing focus.

As Thu-Huong Ha wrote at Quartz earlier this month, last September a team of researchers launched Diverse BookFinder, a database designed to help those looking for books with characters of color. While it’s unfortunate that this was necessary, the tool at least offers hope for anyone trying expose children to characters of various backgrounds in their reading. (An interesting note: Ha writes that the Cooperative Children’s Book Center of the University of Madison-Wisconsin, which has been keeping track of children’s books in the US since 1994, has found that African-Americans are the most represented comunity of color in kids’ lit, while Latinos are the least.)

With good news come sad realities. The database, which tracks only books published since 2002, reveals that characters of color in kids’ books are often trapped in stereotypical narratives. While a good number feature black characters, about a third are biographies of historical figures (Ha mentions Skit-scat Raggedy Cat, about the life of Ella Fitzgerald), and about a quarter are about oppression (Ha’s example is Grandaddy’s Turn, in which a black boy witnesses his grandfather’s first trip to the ballots). About sixty percent of the books with Latino characters deal with food and culture (Ha cites What Can You Do With a Rebozo?,  a “rebozo” being a simple, traditional Mexican garment).

Krista Aronson, the psychologist who led the BookFinder team, tells Ha, “These are important, but not rich, and can perpetuate stereotypes that Hispanic children are different or ‘other.’ The same is true about African American children; it’s a stereotype — that black children are in a struggle or somehow superheroes and ever resilient.” The upshot is clear: we need more books about African-American, Latino, and Asian kids just being kids, stories in which characters of color do everyday things, and in which young readers of color can see themselves reflected.