Walden, for the 21st Century 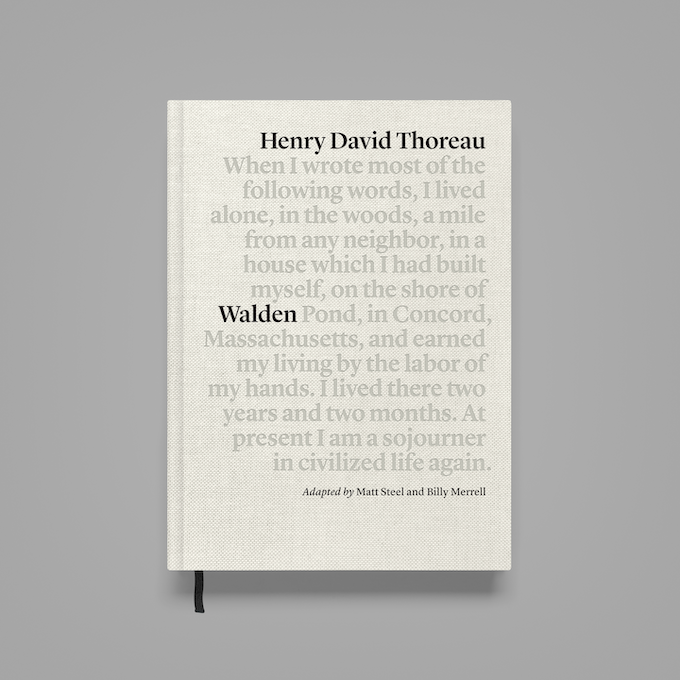 Have you ever opened up Henry David Thoreau‘s Walden, only to throw it down in frustration? Do you feel a vague, quasi-spiritual attachment to “simplicity” as a principle of design? Do you have a Kickstarter account? Well, bully for you! Matthew B. Steel, bearded design guru, in partnership with Brooklyn based poet Billy Merrell, will be Kickstarting a new edition of Walden for the 21st century.

Now, you can enjoy an illustrated, tastefully bound and freshly edited version, full of gender-neutral pronouns, stripped of archaisms and obscure references to classical literature.

Here is Mr. Steel’s response from his Kickstarter page:

The best books are timeless. Only the ongoing transformation of language leaves them behind. By shortening the revision cycle, we can ensure that literary classics like Walden remain evergreen. And given the speed at which our society is changing, we owe it to ourselves and future generations to find a better way to keep our greatest stories alive. That is why I’m creating a new adaptation of Walden, and why I’m doing it now.

So what exactly are we talking about here? What’s changing? What’s staying the same? Are you going to replace all the machine guns with walkie talkies? Are you going to take out all the cool puppets and gussy up some controversy over whether or not Emerson shot first?

Walden’s first chapter, Economy, is by far the longest, comprising nearly 25% of the entire book. I’ve broken Economy into six short chapters, and left the other 17 chapter arrangements alone. I’ve also organized the book into four distinct parts, each with 5 or 6 short chapters. This yields 23 chapters of similar length. The content is presented in the same order as the original text, but the new structure creates a more sustainable pace and a better rhythm.

Okay, so all that you’re changing are the words, the sentences and the chapters. And nothing else?  Will there be pictures and one-liners?

This book will be illustrated by a wonderful artist named Brooks Salzwedel. His images depict natural environments divorced from any usual surrounding or place in time.

Walden is packed with powerful one-liners, and this edition features pull quotes sprinkled throughout, with each thought having a page to itself and typeset like large-scale poetry. This mixture of loud and quiet, negative space and density creates a pace that continually invites the reader to keep going, turn the page, venture a little further.

Sound like your pot of beans? Check out some of the side by side passage comparisons below for examples of how Steel and Merrell are dealing with different aspects of the text. (You can also read about the editorial process on Medium.) 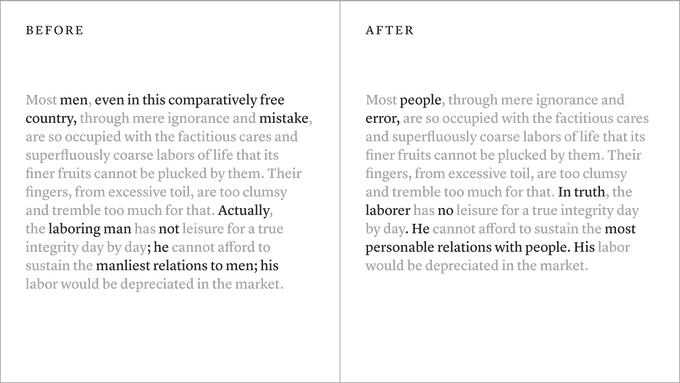 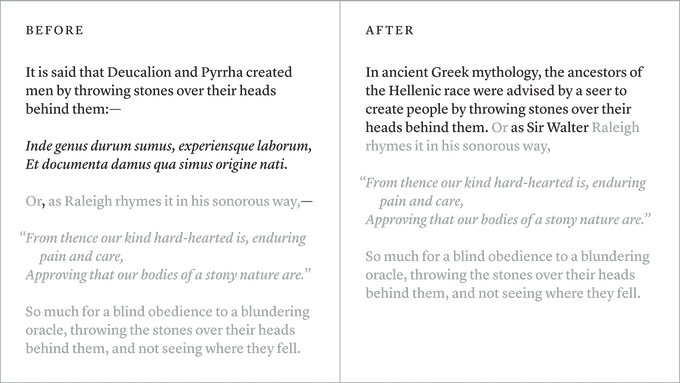 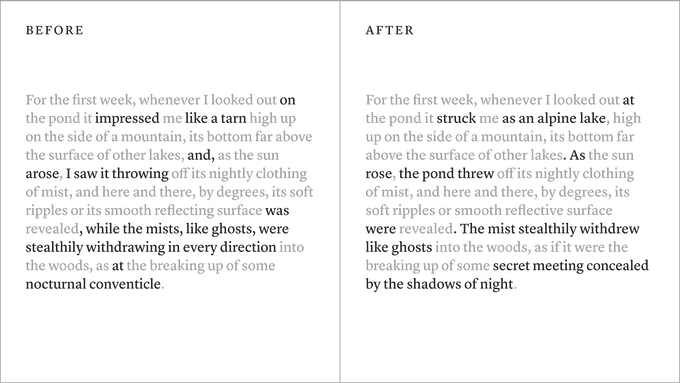