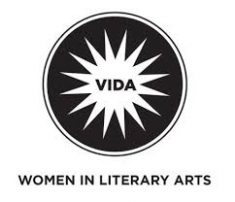 Since 2009, VIDA: Women in Literary Arts has been compiling data on the representation of women in literary publications and book reviews. Since 2016, they have also been tracking various intersectional representations based on author surveys. This month marks the release of the first VIDA Count of the #MeToo era.

Since the publication of the 2016 Count, the question of women’s representation in the literary community, and their relative power in the culture at large, has only become more urgent. The advent of #MeToo, the publication and retraction of the SHITTY MEDIA MEN list, and the presence of an accused rapist in the White House have brought necessary attention to the importance of women’s safety in the workplace, and of having women in positions of cultural and social power.

Sadly, a dramatic increase in the number of headlines dedicated to #MeToo and other campaigns for women’s safety and equality has not resulted in a more equitable distribution of bylines. According to the 2017 data, representation across the board has stayed more or less flat since 2016. While some publications made notable progress (shoutout to Copper Nickel, Granta, the London Review of Books, the Times Literary Supplement, and the Paris Review) others did not rise to the occasion (try harder, The Believer, we believe in you!).

You can read VIDA directors Amy King and Sarah Clark’s analysis and summary of the results, and check out their dope and data-saturated (but also depressing) infographics for more information. And, as is now par for the course, King and Clark provide a trenchant commentary on the broader political and cultural landscape.

Literature—and by extension the institutions that underwrite it—is important in large part for the ways it reflects and informs that utterly chaotic and mind-rending thing we call humanity. Regarding this, King and Clark smartly point out that, despite all the panicked cries of This is not normal!, the whole question of “normalcy” has for quite some time been rooted in the status quo of white, male dominance. As they put it, “An acceptable version of ‘normal’ that fits everyone has never existed, especially not in the world of literature and arts, unless you believe the lack of parity in publishing reflects the value of voices both heard and disregarded.”

As always, many thanks are due to King, Clark, and their intrepid team of surveyors and data wonks. The work is vital. The numbers—and, more importantly, the lived realities that they represent—aren’t close to where they need to be. But we believe that we will win, and by shining a light on institutions and publications not living up to their own expectations, VIDA is bringing us a little bit closer to victory.