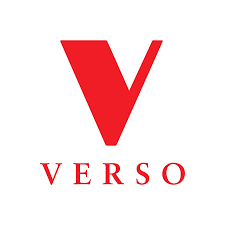 Verso Books—our close neighbors in proximity and in a more spiritual dedication to The Cause—is coming out with a new line of fiction.

Verso Books, an independent publisher of works on radical politics, is launching Verso Fiction, a new imprint focused on translated fiction that will release its first two titles in the fall of 2019. In September, Verso Fiction will publish Will and Testament, a novel by Norwegian author Vigdis Hjorth, and in October the house will publish Kitchen Curse, a collection of short stories by Indonesian writer Eka Kurniawan.

No, pop two of ’em, because the appetite for literary translation is growing steadily, and just last year the National Book Awards debuted a prize for translated works. So perhaps the time has never been better to embark on the often-tough task of getting English speakers to read more internationally.

But damn, when it works it’s just the best thing—isn’t it?

Verso may be best known for their left-wing political titles and cultural criticism, but the new wave to come from Verso Fiction certainly isn’t their first foray into the genre; over the years they’ve published fiction from heavy hitters like Georges Perec, Tariq Ali, and Walter Benjamin.

If you’re looking to whet your appetite for important, intelligent, and daring translation in the meantime, I recommend starting here and seeing where it takes you.