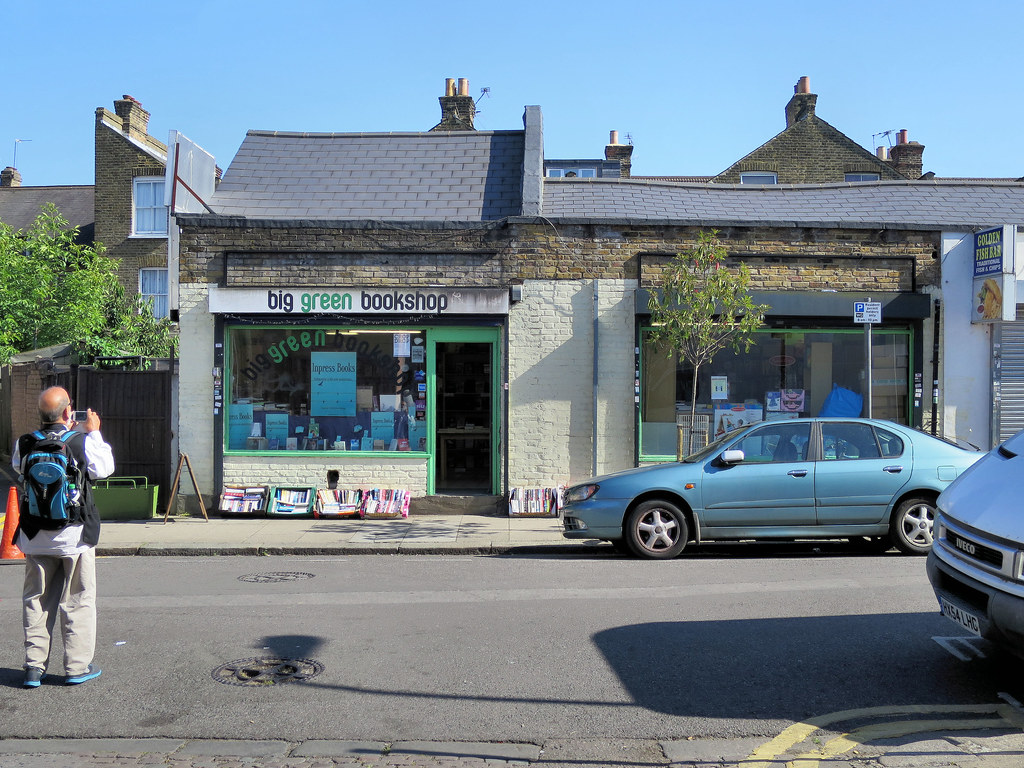 Allison Flood, writing for the Guardian, is reporting that a group of about a hundred independent bookshops in the UK may form a retail consortium capable of competing with bigger chains like Waterstones, Foyles, and WHSmith. Simon Key, proprietor of Big Green Books in London, proposed the idea on his blog last month, spurred to action by a pre-Christmas dust-up involving the release of Philip Pullman’s long-awaited novel, La Belle Sauvage.

We covered it in detail. With big chains receiving huge discounts that indies couldn’t match, and Waterstones receiving an exclusive set of 5,000 autographed copies, many independent booksellers were angry.

Fast forward to mid-January. Writing on his blog, Key said:

My personal view is that I don’t blame Waterstone’s, Philip Pullman or David Fickling (the book’s publisher) for doing this. It makes perfect sense if you have a large number of  bookshops all being able to offer the same deal. That is one of the advantages of being a large bookchain and having the facility to centrally buy titles, such as this.

So, imagine, if you will, a group of say, 150+ Independent Bookshops getting together in a semi official capacity, in order to approach publishers to say “Hey look, there are 150 of us bookshops who will promote/advertise/own the new book by (insert universally bestselling author here), if you give US an exclusive limited edition of their book.”

In other words, don’t get mad, get organized.

Key adds, “if you are IN ANY WAY interested in pursuing this idea, please email [email protected] , saying YES.” (Pullman, for his, commented on the post, “Sounds like a good idea. I hope it’ll work.”)

“My major concern would be if it contributed to the underlying problem of author royalties going down and down. That’s absolutely crushing writers, and if there were more discounts, it would make it worse, not better… Independent bookshops are seen by many authors as the last bastion of support for them, and at no cost would I push down authors’ royalties any further, not even if it meant I had a special edition of a Philip Pullman book.”

This is certainly a noble concern, but it’s hard to imagine that a landscape totally dominated by Amazon and a handful of mega-chains will ultimately be good for authors either. Protecting the long-term viability of independent bookselling is crucial. All of this is playing out as Alexander Mamut, owner of Waterstones, is conducting buy-out talks with Elliott Advisors. CEO James Daunt had teased the possibility of a sale earlier in the year, after Waterstones posted an 80% increase in pre-tax profit for 2017, as Lisa Campbell reported earlier this month for the Bookseller. Daunt, as we’ve written previously, has been the architect of a near-miraculous turnaround at Waterstones, bringing it into the black in only six years.

Elliott Advisors is helmed by legendary vampire Paul Singer (seriously, this guy really sucks), and it’s difficult to imagine that under their ownership Waterstones would become any less intensely competitive. While that sale is far from finalized, its seems prudent that Key and other independents in the UK are exploring ways to increase their bargaining power and make sure that, if the going gets tough, they can at least demand a place at the table.