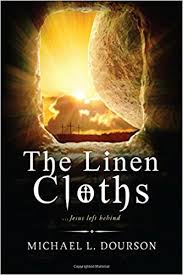 It’s a key formula for the Trump administration’s hiring practices: So-and-so builds a career lobbying against government regulations on industry X, gets nominated to the government post regulating industry X.

For example, Sheila Kaplan and Eric Lipton reported for the New York Times back in September, “The scientist nominated to head the federal government’s chemical regulatory program has spent much of his career helping businesses fight restrictions on the use of potentially toxic compounds in consumer goods.”

The scientist in question is Michael Dourson, and he currently daylights as a toxicology consultant. He’s usually pressed into service when companies need a bit of research to contradict the peskily factual, safety-obsessed EPA. Last week, the Senate began hearings to confirm him to a job determining what chemicals count as safe, and in what concentrations.

Dourson also moonlights as an author. As Corbin Hilar argues in E & E News (a trade publication for energy and environmental decision-makers), the three novels that comprise Dourson’s “Evidence of Faith” series contain some alarming language that hints the author may be a poor fit for the work at hand. One such passage, from The Linen Cloths Jesus Left Behind, describes an “older medical scientist” returning home from a day of work, contemplating a flame-retardant chemical he has determined to be toxic at high doses:

But actual exposures from consumer products were much lower than this, he thought, and would not cause any harm, even in sensitive people like his four-year-old grandson, Finn, who had just spied him from across the room and who was even then making a beeline to run into his arms. Besides, he thought as he raised up Finn for a swooping hug, I will take the flame retarding benefits of these chemicals any day because destruction of lives and property by fire was a daily occurrence throughout his country.

(I suspect increased housing safety regulations and infrastructure investments could have helped limit that destruction, but I digress, and should be weeping for Finn.)

Hilar showed this passage to Raymond Barfield, who teaches both Christian philosophy at the Duke Divinity School and pediatrics at the Dukes medical school. He writes:

Said Barfield, “That is pure utilitarianism.” He compared the nominee’s reasoning to financial calculations Ford Motor Co. made before putting its cheap, subcompact Pinto on the market in 1971. Some Ford executives knew the Pinto’s rear-mounted gasoline tank could cause deadly infernos after rear-end collisions.

(Staying in my lane, I want to add an observation about Dourson’s prose, which can itself be compared to the burned-out shell of a post-collision Pinto.)

Others of Dourson’s novels allude to Intelligent Design, the hand played by the Almighty in evolution, and an embrace of scientific uncertainty that comes dangerously close to suggesting that science and faith are two sides of the same coin. Of course, these are the writings of a hobbyist and not the portfolio of a literary professional. In fact, I’d be plenty happy for Dourson to really focus on the writing side of his career, and leave the chemical safety regulation to those of… fewer gifts.

A final thought for anyone moved by the trials of an unfit chemical-safety communicator: As with all things, there’s a Dead Milkmen song for that.