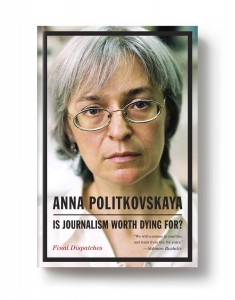 Last week, as the G20 met in Hamburg (please use this space to imagine your own flavorful beef joke) amid raging protests, US President Donald Trump and Russian President Vladimir Putin got to spend a little quality time together. Presumably, they talked about their hobbies — while Putin is a judo champion, animal-lover, and probable karaoke monster, Trump likes firing people, grossing you out, and rolling deep with his squad. One thing they can probably agree on is that a free press is the most mondo of bummers.

This seemed to be the sentiment underlying an aside Putin was heard making to Trump in front of a room full of reporters on Friday. Pointing toward the press corps, Vladimir Vladimirovich leaned over to his American counterpart and asked, with a grin, “These are the ones hurting you?” “These are the ones,” Trump replied.

This really isn’t funny. It’s a tough time for journalism everywhere, the US and Russia being no exceptions. Reporters sans Frontieres (RSF) ranks the US in forty-third place worldwide for media freedom, in what was a downward trend even before Trump took office, and certainly hasn’t improved since. Just a few days before the incident, the president had been amusing himself by forcing spokespeople to defend his tweeting a video in which he beats the shit out of a personification of CNN.

As for Russia, RSF media freedom rankings put them at 148th. It’s a country where the assassinations of journalists amount to an epidemic — dozens over the past twenty years (most recently Nikolai Andrushchenko). To say that the joke seems ghoulish in light of this is to exaggerate the civic scruples and general compassion of ghouls.

(While in Hamburg, Trump also took the opportunity to “humiliate” Mexican President Enrique Peña Nieto, whose nation is the world’s most dangerous for journalists.)

It’s also just awkward to see Putin—who is nothing if not an accomplished and composed technocrat—so totally dominating Trump, an idiot rich kid who has pissed his way into one of history’s most unfortunate political corners. The remark played brilliantly off latent power dynamics, speaking differently to discrete audiences: for Trump, it was a message of bonhomie and common interest; for the press, a clear line of demarcation; for the wider world, a statement of intense indifference to how he’s perceived. Trump, whose total lack of interest in world politics is plain, never had a chance of keeping up. “Yes,” he said. “Yes, they hurt me.” You can almost hear the inner monologue: I think I’m doing good? That sounded pretty good. This is going spectacular.

Here at Melville HQ, the incident also served as another painful reminder of the legacy of Anna Politkovskaya, the prominent and revered Russian reporter assassinated in 2006 on Putin’s fifty-fourth birthday. A dogged critic of her government’s corruptions and human rights abuses, Politkovskaya is just the kind of “hurting” journalist that sticks in the imperial craw of a leader like Trump — serious, rigorous, and unafraid.

Since she’s not around to question Trump directly, here’s a 2001 column in which Politkovskaya, in her distinctive tone of good-humored outrage, details her experiences trying to ask Tony Blair a question she would surely have been even more eager to put to Herr Trump. We published this five years ago in Is Journalism Worth Dying For?, a posthumous collection of Politkovskaya’s heroic and invaluable reporting. Somehow, it seems to have grown even more relevant in the sixteen years since it was written. Any Russian journalist knows that to get an interview with a head of government you need the patience of a saint. In Moscow, miracles do not happen—such is the nature of the Kremlin—but in London on the morning of April 30 I received a personal invitation to the traditional annual lunch of the London Press Club, founded in 1882, with the Prime Minister of Great Britain. Remarkably, I had not made a huge effort to get this invitation. I was just handed it. For 12.30 at Claridge’s, a grand old London hotel. So why not go?

The miracles did not end there, at least in the view of this citizen of the Russian Federation. At 12:20 there was nobody at the entrance to Claridge’s other than an elderly commissionaire wearing a heavy grey wool uniform and a high Dickensian hat. It is customary for the commissionaires of very expensive London hotels to be grey-haired elderly gentlemen who would have been retired long ago in Russia.

There were none. Neither were there any lantern-jawed, shaven-headed security guards with searching scowls, or the bleeping metal-detector frames through which anyone in Russia is obliged to pass if they are likely to be within a kilometre of anywhere the President might show up. Donald Trump is hardly the first rich and buffoonish asshole to accede to the US presidency, but he is the first to have an openly antagonistic relationship with the very concept of a free press.