Treat yourself (and the Public Theater) with a Shake-speare shake 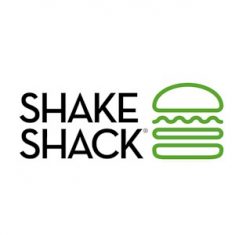 The PR folks at Bank of America and Delta Airlines were apparently so nervous about the Trumpian depiction of Julius Caesar in last month’s Shakespeare in the Park production that they pulled their sponsorships from the program. We reported on it here, in June. (We also offered a pretty good argument for why Richard II is Shakespeare’s “actually politically controversial” play — “even more authoritarian, and more accepting of anti-state violence, than the one currently drawing Trumpist heat.”)

In any case, the good people at Shake Shack thought that was fucked. Over the weekend Nell Casey reported for Gothamist that “local heroes Shake Shack are stepping up with some financial support” for the Public Theater. Starting today, 100% of sales of the “The Shake-speare shake”—exclusive to the Upper West Side location—will be donated to the theater.

It’s also opening night for A Midsummer Night’s Dream, the next installment of Shakespeare in the Park. If you’re feeling spendy, make like Shake Shack and support the theater (and reserve seats for the rest of the season). Not convinced? Here’s Julius Caesar director Oskar Eustis and A Midsummer Night’s Dream director Lear deBessonet on “Why Free Shakespeare in the Park Matters”: