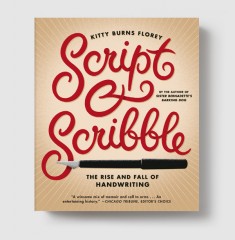 In Script & Scribble, an homage to handwriting and the history of penmanship, Kitty Burns Florey describes a recurring dream (or nightmare) in which she is looking at a piece of paper with a handwritten message but can’t read it. She suspects that the dream is related to the decline of the art of handwriting — the move away from teaching penmanship in schools and the ubiquity of typing:

I’ve begun to wonder if, in its most recent manifestations, the dream is the the dream is the scary premonition of an ink nut who fears that the day is coming when no one will be able to read hand-writing at all.

That day may be here — at least in the case of the signature on our currency.

Yesterday, President Obama formally announced that Chief of Staff Jacob J. Lew will be his nomination for Treasury secretary, succeeding Timothy Geithner. If approved by the Senate, Lew’s signature, which is a series of illegible loops resembling a Zamboni gone haywire, would be visible on every dollar bill.

“I had never noticed Jack’s signature,” Obama said in a ceremony in the White House’s East Room, with both men in attendance. “When this was highlighted yesterday in the press, I considered rescinding my offer to appoint him.”

“Jack assures me that he is going to work to make at least one letter legible in order not to debase our currency should he be confirmed as secretary of the Treasury,” the president added, drawing laughs from the audience.

Before trying it out, here’s what you’re up against: Penmanship and the Founding Fathers' names