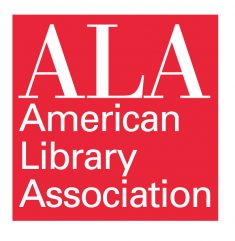 Last month, over 9,000 librarians convened in Seattle, WA to attend the American Library Association Midwinter Meeting. According to Publishers Weekly reporter Andrew Albanese, this year’s attendance jumped an astonishing 13 percent  from last year’s, which was held in Denver, CO. Why the increase in traveling librarians? Well, we’re not too sure but it does sound like there were some pretty cool speakers this year. (White Fragility author Robin DiAngelo! Travel writer/icon Rick Steves! Oh yeah, and Melinda Gates, whose memoir comes out in April, gave the opening keynote address.)

One of the most discussed topics this year at ALA was the relationship between e-books and libraries. According to Albanese, various meetings and sessions were dedicated to addressing “the challenges still plaguing libraries in delivering digital content.” It seems that while the role of e-books within traditional publishing has been thoroughly analyzed and measured, librarians are still coming to terms with the “technical challenges; licensing, accessibility, curation, and communication issues; and the need for more training, skills, and data collection,” of these digital items.

Meanwhile, a session convened by the library e-book advocacy group ReadersFirst focused on the more immediate challenges libraries face—among them, signs that the major publishers may be pulling back from the library e-book market, including Macmillan’s “experiment” with embargoing frontlist e-book titles from its Tor imprint, and Penguin Random House’s unpopular move from “perpetual access” to one-year licenses. And with audiobook demand on the rise in libraries, librarians expressed growing concerns over Amazon’s Audible subsidiary, which is signing exclusive deals with major authors that do not allow for library access.

This year’s ALA was also infused with a bit of activism. Many participating librarians congregated at Seattle’s main library for a rally hosted by ALA President Loida Garcia-Febo. The rally was held to support Garcia-Febo’s new initiative, “Libraries=Strong Communities.” The rally occurred on the second day of the ALA conference with Seattle mayor Jenny Durkan dubbing the day “Take Action for Libraries Day.”

As is the case every year, several winners of ALA awards were announced in Seattle, as well. Here’s a list:

Here’s hoping 2020’s ALA in Washington, DC, is just as successful.