Perhaps the most astonishing aspect of the Oprah phenomenon is how outsized her power is compared with that of other market movers. Some observers suggest that Jon Stewart of Comedy Central’s The Daily Show could be No. 2. Other proven arm-twisters include Fox News’s Sean Hannity, National Public Radio’s Terry Gross, radio personality Don Imus, and CBS’s 60 Minutes. But no one comes close to Oprah’s clout: Publishers estimate that her power to sell a book is anywhere from 20 to 100 times that of any other media personality. 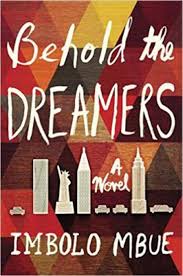 This past Monday, Oprah announced this year’s selection: Behold the Dreamers by debut novelist and Melville House blurber Imbolo Mbue. The book, which has already won the 2017 PEN/Faulkner Award for Fiction, tells the story of Cameroonian immigrants struggling to raise a family in New York, receiving absolutely no help from the complete collapse of an economy that was rigged against them to begin with.

I was speechless. Fifteen years ago, I walked into a public library and borrowed my first Oprah’s Book Club selection—Toni Morrison’s Song of Solomon—and was so inspired by it that I began writing without thinking much of where my writing would lead me, never quite imagining that it would someday lead to this humbling privilege.

Which got me to thinking, is Oprah the only famous lady that can sell a book? Now that was rhetorical, a nod to Sarah Jessica Parker, who has been busy with some book club selecting of her own. Parker serves as honorary chair of the brand new Book Club Central, the American Library Association’s initiative described as “a one-stop shop for engaging content and helpful information for book clubs and readers of all types, including author interviews, book recommendations and reviews, as well as discussion questions and information on how to start and moderate a book club.” 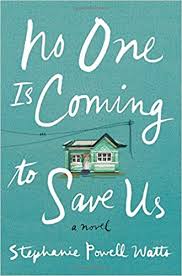 As a first order of business, Parker and Book Club Central selected No One is Coming to Save Us by Stephanie Powell Watts, also a debut novelist. It tells the story of a man who becomes wealthy and returns to his North Carolina hometown to build the perfect life. But the area’s in decline, and it may be that his unexpected presence and fantastic wealth can only contribute to its woes.

Both books ask provocative and troubling questions about the American Dream. They shall also serve as an experiment to measure SJP’s influence against the mighty Oprah’s. Recently, SJP has taken the first major step in evening that contest: taking the helm of her own literary imprint, SJP for Hogarth.