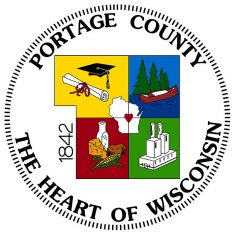 The many book crimes one can commit vary greatly in degree and kind. People steal rare books from libraries (you absolutely should not do this). People steal very average books from bookstores (this is a gray area depending on how you feel about capitalism, your local bookstore, and your favorite publishers, but rest assured it’s most harmful to the latter two). And people write books that the government has forbidden them to write (you absolutely should do this, and your government should be ashamed of itself).

In Stevens Point, Wisconsin a man is accused of a new breed of biblio-crime: injecting drugs into books, then passing them to prisoners behind bars. According to Karen Madden of the Stevens Point Journal:

On Jan. 17, [Christopher] Orlowski dropped off books for an inmate, and officers said they noticed pages had water marks, some that were clear and some that were yellowed. In recorded conversations between Orlowski and a woman in the jail, Orlowski could be heard saying “10 to 20, down” and similar details, which police interpreted as references to pages with water marks and whether they were saturated with heroin or methamphetamine, according to court documents.

Orlowski came under investigation in January when the Portage County Jail began investigating the flow of illicit substances onto the premises. The suspect admitted to injecting the drugs into the spines of the books, though, Madden reports, he failed to appear at the resulting court appearance earlier this week.

This use of books as drug mules comes at a dangerous moment, one in which there is already a constant fight to protect inmates’ rights to access whatever reading material they want. In many cases that reading material is the best resource they have for understanding how they ended up in the system in the first place. We cannot abide any further restrictions on those resources.

But before we roll up our sleeves and dismantle the self-perpetuating injustices of the carceral state, let’s linger a moment long in Stevens Point, where a throwback column revisits the 1928 news story: Stevens Point Glass Eater Dies in Street Fight (which you should absolutely avoid at all costs).