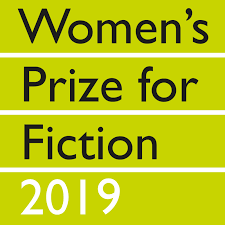 Back at the beginning of March, we wrote about Akwaeke Emezi, author of debut novel Freshwater, published by Faber, becoming the first non-binary trans person to be listed for the prestigious Women’s Prize for Fiction Award in the UK.

Since the longlist announcement, an ongoing conversation regarding gender has been surrounding the prize, and now The Bookseller’s Heloise Wood writes that the Prize is “working on a policy around gender fluid, transgender, and transgender non-binary writers.”

When Emezi was first longlisted, one of the judges, Arifa Akbar, wrote a piece for the Guardian which has since been criticized, stating that at the time of publication the author had identified as a woman. The Guardian swiftly published a slightly passive-aggressive amendment saying ‘This article was amended on 8 March 2019 to clarify that Akwaeke Emezi did not identify as female at the time the book was published, although the first book jacket used “she” pronouns.’

The Times also wrote what can be construed as a discriminatory piece, headlined “Bearded, non-binary authors have eyes on women’s prize.” Faber’s editorial director Louisa Joyner wrote a letter in response to the piece, which the newspaper declined to print and which she has since shared on Twitter:

The Women’s Prize set out to directly address gender bias and has done so with genuine political and cultural force to give a platform (and a microphone) to those who, prior to its foundation, were hugely under-represented in a mainstream media that failed to identify its own gender bias. What would be more in keeping with this than for the Women’s Prize to accept a submission from a novelist who self-identifies in a way that rejects normative gender paradigms?

On the 11th of March @thetimes ran a piece about @WomensPrize long listed author Akwaeke Emezi's novel #Freshwater. It was, I believe, discriminatory, and contained errors so I wrote as editor @FaberBooks. They have declined to print my letter so I am sharing it with you now. pic.twitter.com/wPMUihtN1N

Inclusion is hugely important and why not open submissions to non-binary, trans authors? However, one of the discussions here is the fact that the judges “accidentally” longlisted Emezi, believing her to be a woman. This raises all kinds of questions, as discussed by Victoria Parsons in the Independent:

While the judges’ gender-blind approach seems well meaning and fair, it’s deeply troubling that another gender has been made eligible for this prize, set up solely for women, without there appearing to have been a process for doing this, or a thought for the consequences. And though it seems the judges had good intentions, it’s not clear who decided that Emezi was eligible for the prize, how it was decided or what the criteria were – whose terms is their inclusion on?

The Women’s Fiction Prize was set up in 1992 to address the issue of women’s fiction not being taken seriously and being hugely under-represented on prize listings. Things have improved (a bit) since then, but has its mission now changed? Akbar argued in the Guardian that Emezi’s longlisting was a positive step towards true diversity:

As one of the prize judges, I hope the book will be seen for what it is and the discussion not hijacked by gender politics axe-grinders. The prize is about judging the books, not the authors.

‘If we believe in true diversity and inclusion—and the publishing industry has banged on about this for long enough without anything shifting at all—then we should feel thrilled by a Nigerian, gender-fluid writer, living in the US, on this longlist.

Absolutely true, it should be about the books and inclusivity. But can prize rules be made up as they go along? And is the Prize trying to cover its ass seeing as they seem to have misgendered Emezi? Parson writes:

The Women’s Prize website still clearly states that it’s only open to female authors. This is patently untrue at this moment, as a non-binary author entered and was longlisted. This suggests to me either that no one has really thought through the significance of longlisting Emezi—as in, if the prize is indeed now open to non-binary people, it means non-binary people who were assigned male at birth, too—or that the judges don’t fully respect Emezi’s non-binary identity.

There is so much that is positive to be taken from Emezi’s longlisting. The Women’s Fiction prize addressing its criteria now is important so it is clear who can enter in future, and how great would it be to see more diversity and books reflecting the world we live in?  Perhaps, if it’s no longer solely the domain of women, change the name of the prize—not to pigeonhole but to diversify.