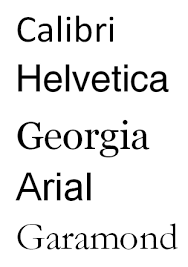 If you’re Maryam Nawaz Sharif, daughter of Pakistani Prime Minister Nawaz Sharif, you might have some high-end property in London funded from questionable sources. This scandal, too, will require some tidying. As Euan McKirdy explains the situation for CNN:

The properties are at the center of a scandal that was first ignited with the release of the Panama Papers in April 2016. That’s the huge cache of leaked documents, dating back four decades, that are allegedly connected to Panama law firm Mossack Fonseca that revealed the financial dealings of some of the world’s most well-known people. While Sharif himself was not named, his three adult children were linked in the Papers to offshore companies that owned properties in London. One British Virgin Islands holding firm listed Maryam as the sole shareholder.

Yes, OK, OK, I’m getting to the Twitter part. Last November, Maryam Nawaz Sharif tweeted pictures of a form she hoped would be understood as evidence that she was merely a trustee of these properties, not the sole owner. 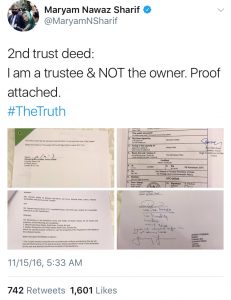 Trouble is, the document is dated 2006 and the font it is written in, Microsoft’s Calibri (an attractive, clean, sans serif font you’ll often find me using to edit manuscripts or submit jacket copy), wasn’t available until 2007. Essentially, this is Michael J. Fox’s Marty McFly duckwalking across the stage of the 1955 Enchantment Under the Sea Dance with a red Gibson ES-345 guitar in hand, even though that model wouldn’t be introduced for another three years. Hello McFly! The hashtag #fontgate has gained traction, and the story has attracted international attention, particularly because it seemed likely Maryam Nawaz Sharif would succeed her father when his term as Prime Minister ends next year.

Luckily, Sune Engel Rasmussen and Pádraig Collins at the Guardian have been able to resist the temptation of that sweet low hanging fruit of international intrigue, and see this story for what it is: a story about fonts. They write:

According to Wikipedia, the online encyclopaedia, the Calibri font was developed in 2004 but only reached the general public on 30 January 2007 with the launch of Microsoft Vista and Microsoft Office 2007.

The Wikipedia Calibri page usually receives about 500 visits per day. On July 11 and 12 combined, it received about 150,000.

After users seemingly tried to change the article’s content to say the font was available from 2004, Wikipedia suspended editing on its Calibri page “until July 18 2017, or until editing disputes have been resolved”.

The Wikipedia page for Calibri, by the way, seems to be set in its thicker, internationally embraced cousin, Helvetica.