The votes are in: Melville House’s books are here to help explain the UK’s political mess

The UK has taken to the polls in the third general election in five years—the first December election for almost a century. At the moment of writing, latest opinion poll trends, as reported by the BBC show the Conservatives ahead with an average of 43% of the voting public likely to support them, with Labour behind on 33%. By the time you’re reading this, the votes will have been counted and by all accounts, Boris Johnson will have secured his PM-ship.

Both sides have called this the most important election in a generation, with widely varying policies on display. When not hiding in a fridge or snatching phones, Johnson is hard peddling his “get Brexit done” mantra, while Labour leader Jeremy Corbyn insists on remaining Brexit neutral, putting the choice back to the people. There are other important policies of course, like climate change and health care and education, but BREXIT BREXIT BREXIT is so divisive it remains top billing.

So how have we, the UK, got ourselves into a situation whereby the majority look set to vote for a lying, racist, sexist homophobe who wants to lead us further into austerity? I’d like to reintroduce you to some old friends: books published by Melville House that shed light on the political hellhole we’re trying to claw our way out of. 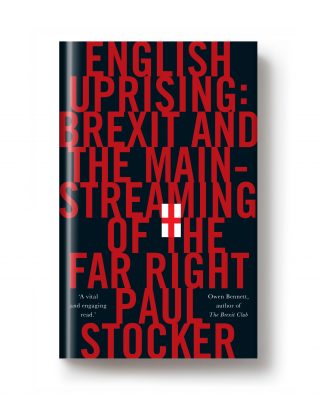 English Uprising: Brexit and The Mainstreaming of the Far Right by Paul Stocker

Ah, the glory days. Remember when we won wars? When we were a proud nation pulling together, having street parties and there were jobs for all? If so, your rose-tinted glasses need a new prescription.

The Brexit vote was largely by driven by immigration fears—and this is nothing new. As Stocker writes in his book:

Britons often have an amnesiac view of immigration, which neglects all historical precedent. Be it Commonwealth migration in the 1940s and 50s or migration from Eastern Europe in the twenty­-first century, immigration has always tended to be seen as new, different and threatening, and this is something we can witness over decades, if not centuries.

This time around, in the twenty-first century, we have a mobilised media and online presence to push forward a right-wing agenda, and a blame culture has encouraged self-righteous beliefs and sense of entitlement. House prices are too high? Immigrants. Poorly paid jobs in your town? Immigrants? Can’t get a doctors appointment? Immigrants. In reality, people born outside the UK make up 14% of the UK’s population. We’re not being invaded. In fact our economy and healthcare is seriously reliant on migrant workers: foreign nationals equate to 12.5% of of all NHS workers, and we currently have a shortage of at least 40,000 nurses in the UK. Let’s call it what it is in a number of cases (but not all of course): racism.

This book will remind you (or educate you) to the UK’s history, the way we set ourselves up for Brexit and allowed ourselves to be manipulated. 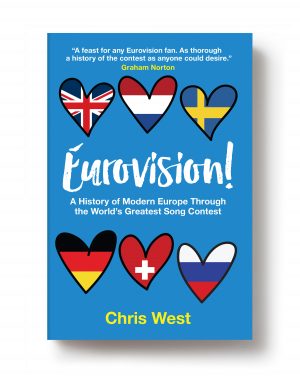 Eurovision: A History of Modern Europe Through the World’s Greatest Song Contest by Chris West

Hang on a minute, I hear you cry, what has a kitsch song contest got to do with politics? Why, much!

History time: In 1949 NATO and the Council of Europe were founded in the wake of the Second World War, to actively prevent a return to totalitarian regimes and defend fundamental freedoms, peace and democracy. Three years later the European Coal and Steel Community (ECSC) was formed, with six member nations—Germany, France, Italy, the Netherlands, Belgium, and Luxembourg. This was later to become the EU. The first Eurovision song contest happened in 1956 and guess which six countries took part? That’s right, all six members of the ECSC as well as Switzerland, who hosted. Eurovision was a project dreamed up to unite a broken Europe (and show off modern technology). Sixty-three years later and it’s still going strong.

The book reveals a lot about the changing face of European history. One of its strongest messages is about nationalism, respect and identity. West writes:

Eurovision respects national identity. It has no truck with vicious, intolerant nationalism. The federalist project was begun in the shadow of what can happen when nationalism gets hideously distorted. Its founders hoped that Europeans would look back at the horrors of Fascism and decide to move on to a broader sense of European identity … Eurovision-style gentle nationalism is a friendly outlet for natural feelings of belonging. It is about mutual respect—plus a bit of fun-poking—and has nothing to do with any kind of hate. I believe that most of the contest’s 200 million viewers feel the same way.

I certainly do. Is the EU perfect? Nope. But can’t we be British and European? Does it have to be a choice? Let’s learn from Eurovision! 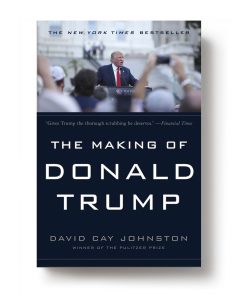 The Making of Donald Trump by David Cay Johnston

The UK voted to leave the EU in 2016 and the US swiftly followed with the “make our country great again rhetoric” voting in the Wotsit-orange hellbeast that is Donald Trump, proving how equally fucked our nations truly are. Now Johnson and Trump are best pals, scheming to sell off the jewel in the British crown, our National Health Service (of course we’re not, says Johnson, wink wink). With 530,000 bankruptcies filed annually in the US because of debt due to a medical illness, we have plenty to look forward to.

As we plunge towards European exodus, trade with America is going to become ever more important. So let’s remind ourselves exactly why we shouldn’t be selling our collective British souls to Trump by reading David Cay Johnston’s damning biography of the POTUS. God save us all. 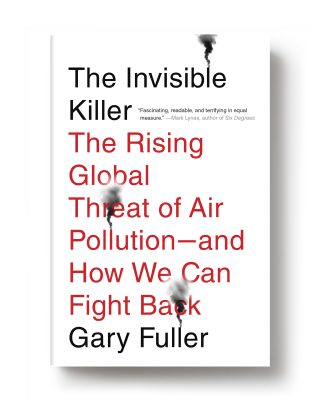 The Invisible Killer: The Rising Global Threat of Air Pollution—and How We Can Fight Back by Gary Fuller

Air pollution? What’s that got to do with Brexit? Let’s remind ourselves, leaving the EU is JUST ONE ISSUE facing the UK.

90 percent of the world’s population is exposed to air pollution concentrations that exceed World Health Organization guidelines and air pollution causes 40,000 early deaths in the UK.  We’ve been warned by experts we have 12 years to save the planet, which was recently recalculated as 18 months (5 months ago). So what’s being done about it?

The UK already has a 2050 target to reduce carbon emmissions to net zero. However, the Committee on Climate Change, a body providing independent advice to government on building a low-carbon economy and preparing for climate change is not sure this is currently achievable:

How exactly we intend to achieve this 2050 goal has not been set out. Dr Fuller highlights in his book that change requires political will, strong leadership, and money directed to the right places. And let’s be honest, the elite-serving Conservatives like money so we can’t possible spare any for the environment, right? The world can burn, it won’t conk out in our lifetime anyway… probably…

This book highlights all the terrible mistakes us humans have made in the past and gives up an option for a hopeful future … if action is taken.

How We Win: A Guide to Nonviolent Direct Action Campaigning by George Lakey

When the Conservatives, sadly, reconfirm their hold over the UK and Johnson and pals gloat over their glory, let’s turn to George Lakey.

If we want to take action, Lakey advocates the nonviolent, direct kind: “blocking entrances, boycotting, fasting, tree-sitting, planting gardens where a pipeline is supposed to go, and hundreds of other kinds of actions.” Having been active in direct action campaigns for six decades himself, Lakey is the man to give us advice on how to plan, mobilize, and keep momentum going when it comes to direct action.

So there you have it: five books to read to help us understand the times we are living in and just maybe, give us the motivation to do something about it all.