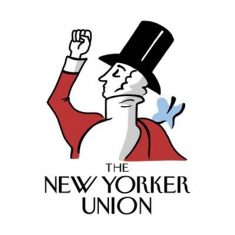 Yesterday morning, the editorial staff of the New Yorker officially joined their peers at a growing list of major publications—The New York Times, The Washington Post, The Los Angeles Times, and The Chicago Tribune, to name just a few—in deciding to form a union.

It’s time, staffers say, for the “values that run through [the magazine’s] pages”—the importance of art and culture and intellectual community; the commitment to political responsibility; the imperative to speak truth to power; that sort of thing—be “better reflected in the culture of its workplace.”

For New York’s “Daily Intelligencer,” Noreen Malone reports that nearly ninety percent of the union-eligible employees, who range from editorial assistants to fact checkers to web producers, have signed up, claiming low wages, lack of benefits, and little job security.

While management, senior-level employees, and staff writers are ineligible for the union, many have chimed in to express support for their colleagues online. For more on these developments (and an especially useful list of resources for “background reading” on unions and labor issues) visit the brand-spankin’-new website NewYorkerUnion.com, and its Twitter feed at @NewYorkerUnion. 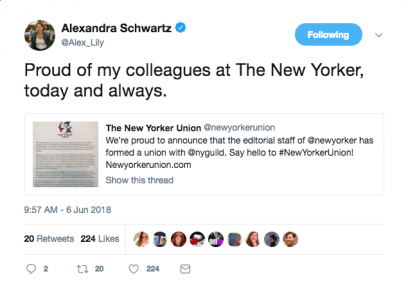 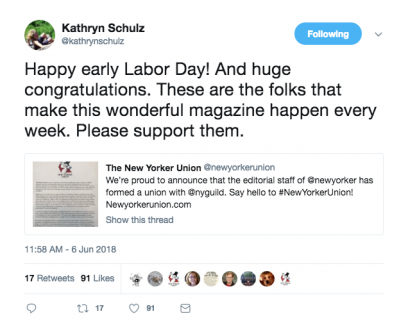 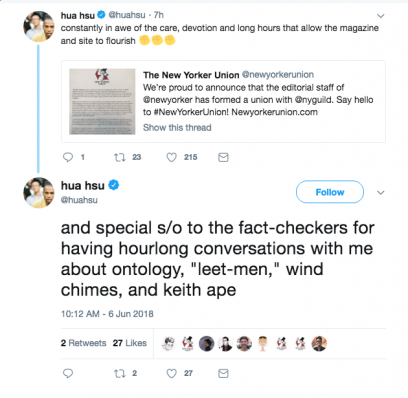 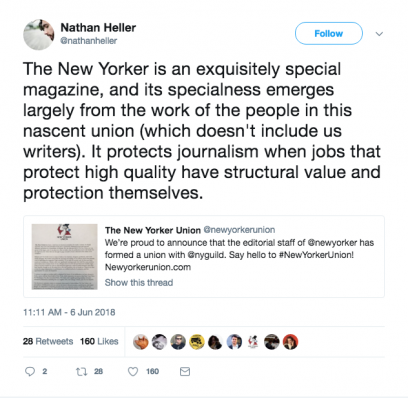 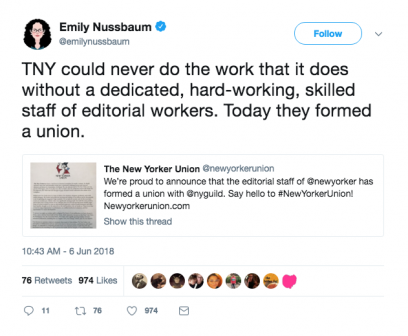