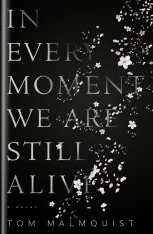 According to the New York Times’ Alexandra Alter, “Starting this year, the National Book Foundation will recognize works in translation, opening up a distinctly American literary award to writers working in other languages.” That’s right: translations will now be recognized with their own prize at the National Book Awards!

It’s great news. The prize will be awarded to both the authors and translators of winning titles. For now, eligibility remains limited to fiction and nonfiction works by living authors published in the United States. And it will be strictly a translation prize: international writers working in English need not apply. Sorry, Commonwealth.

Otherwise, the news should be applauded. A longstanding statistic is that translations comprise only three percent of the literature published in the US. Whether that has changed or not in the past few years (no institution has taken up the challenge of a reevaluation), the sentiment remains that translated literature remains underread and underappreciated here.

Lisa Lucas, the executive director of the Foundation, told Alter, “This is an opportunity for us to influence how visible books in translation are. The less we know about the rest of the world, the worse off we are.”