The MTA is taking a “Fantastic Voyage” with David Bowie

Ninety-nine times out of a hundred, subway stations are best avoided. So it’s incredibly bizarre that, for the next month, there is one subway station you should actually pay money to see: Manhattan’s Broadway-Lafayette Station. Or, as we shall now and henceforth forever refer to it, STATION BOWIE. That’s right, world: David Bowie mania has gorgeously overtaken a subway stop.  Everyone on the B/D/F/M line, prepare to be late to work for the next month. 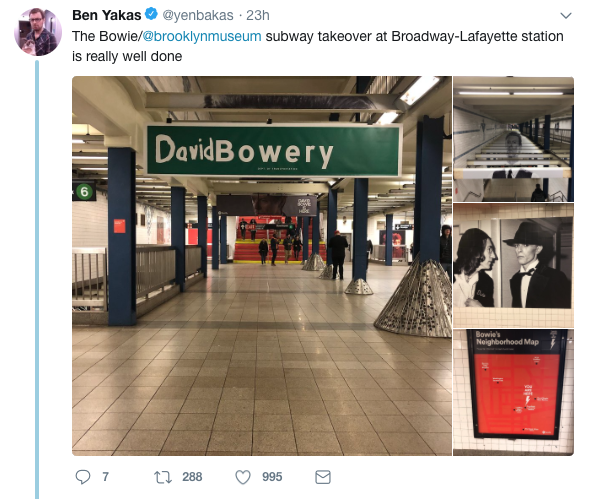 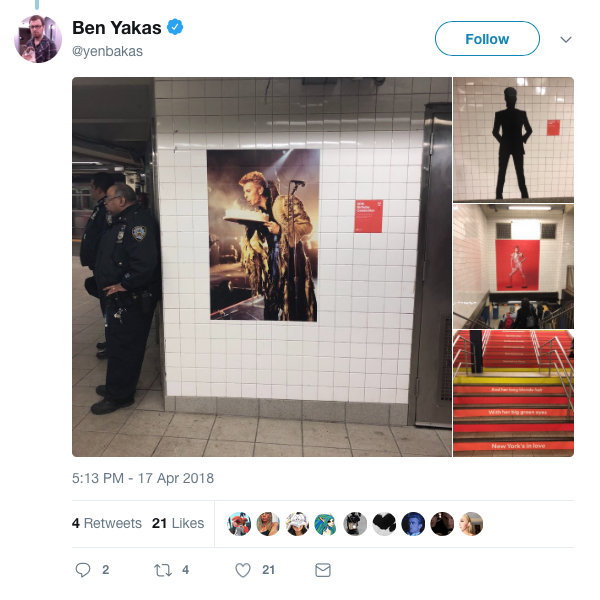 We’re pretty giant Bowie fans, and also very distrustful of anyone who isn’t a giant Bowie fan (because, why would you choose such a terrible life?). Not only did we publish Major Tom’s super-awesome/slightly sad Last Interview, but we are also all primed to send Strange Stars by Jason Heller out into the world, unpacking Bowie’s supremely sci-fi influence on rock ’n’ roll. It’ll be blowing your damn mind on June 5.

And apparently, we’re not alone — the subway has gone full Bowie, too. Ostensibly a marketing tie-in to the Brooklyn Museum’s “David Bowie Is” exhibit, the subway station takeover by the Thin White Duke features a ton of rad artwork and a Spotify-curated songlist for each installation, as Clayton Guse explains at TimeOutNY. The collaboration between Spotify and the museum includes “fan-made works and reproductions of pieces that are part of the museum’s exhibit.” Even cooler is the fact that the station is selling limited-edition David Bowie MetroCards, which means that sorry goodbye have to run to Broadway-Lafayette right tf now.

Per Elana Glowatz at Newsweek, the Bleecker Street station is also selling the BowieCards — but not every MetroCard dispensed from these station machines will feature Halloween Jack’s glorious visage, because nothing is fair and Willy Wonka’s golden ticket is apparently now actual life? 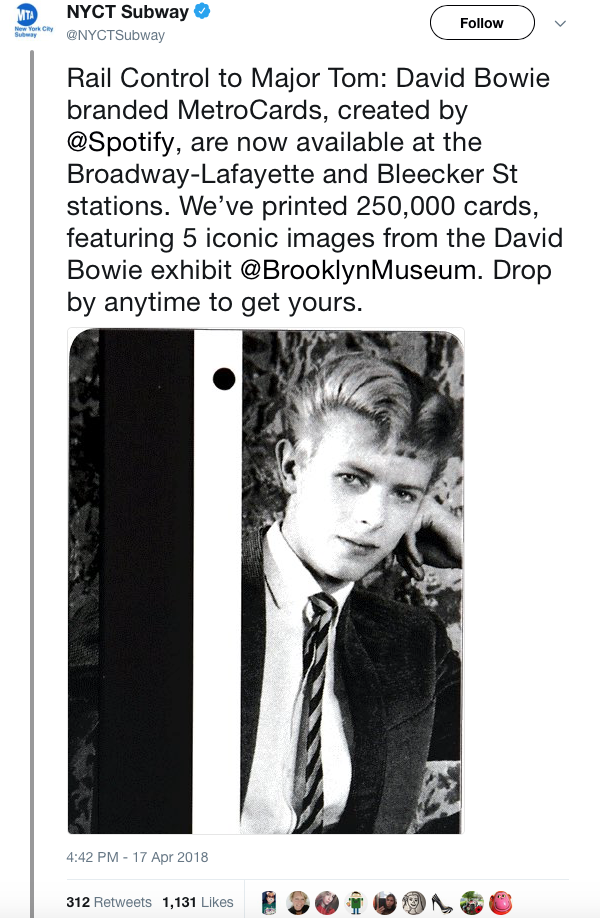 And till then, if your train doesn’t blare Station to Station when you arrive at Broadway-Lafayette, you are legally obligated to sue for damages.