The joy of audiobooks: Let your ears do the reading 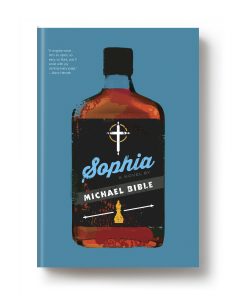 I’ve listened to more audiobooks than I’ve read physical books. That may not be true, but it feels right. Back in the day I used to stroll around my boring little hometown with a yellow walkman, bobbing my head to The Old Man and the Sea or H. G. Wells’s The Time Machine. There’s a supreme pleasure that I’ve never gotten over in having a book read to you. Something about being able to be in two places at once.

In college it became a necessity. Cramming for my comprehensive exam to be an English major, a friend showed me that the library had all of Shakespeare’s plays on vinyl. I would sit in a booth in the basement and listen on giant headphones. You haven’t lived until you’ve heard Macbeth sped up to 45 RPM.

Then came road trips. I’ve crisscrossed the country by car and train many times, and I always pack audiobooks. There’s nothing like cruising some long desert road listening to Gatsby’s woes. I discovered that audiobooks are an art unto themselves. Often, even if I’d loved a book when reading it in print, the audio version fell flat. A great audiobook is a performance. My favorite might be Jeremy Irons reading Lolita. I have a distinct memory of driving the hazardous turns near the Ocoee river in Tennessee while Irons put voice brilliantly to Humbert Humbert’s arrogance and heartbreak.

With the invention of smartphones and podcasts, a whole new wave of audiobooks is upon us. Writing in Quartz recently, Thu-Huong Ha put it this way:

Audiobook listening is growing rapidly specifically with 25- to 34-year-olds, thanks to a pernicious “sleep when you’re dead” mindset reflective of the young, aspirational, educated American: We are fearful of mono-tasking, find downtime distasteful, and feel anxious around idleness. Even when picking socks from a drawer, young workers feel better if information’s somehow flowing into their brains. And this is exactly the restless market that book publishers need.

I’m guilty. Since getting a barky but loveable puppy named Cleopatra Candy Lamb that needs constant exercise, I’ve begun long daily walks with her around my neighborhood. I’m often lost in Carson McCullers’s The Heart is a Lonely Hunter or the recently addictive S-town podcast. The one thing I always regretted about audiobooks was the fact there were few indie press titles.

Amazon’s Audible has cornered much of the marketplace, but I was excited a few years back to find Talking Book, an independent, family-run audiobook publisher out of my home state, North Carolina. I was lucky enough that they were interested in producing my first book, Sophia. A dream come true. They found an amazing actor named Patrick Stillwell. The novel is a long monologue delivered by boozy man of the cloth. Stillwell brings the voice to life with the perfect accent and register, enabling the story to take on different meanings. A joy to see (or rather hear) it come together.

Audiobooks have been around almost since sound was first recorded, and they might be reaching a gold age. During these times of political dumbassery, the best thing might be to take a long road trip with a great book coming through the speakers and get lost for awhile.