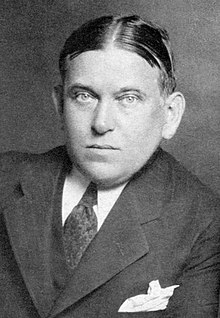 H.L. Mencken is so sick of this.

Alternative facts are all the rage these days—ditto fake news—and a lot of people seem to think we are entering a strange, new, post-truth era. Polarization in our politics, unbounded corporate influence on our news, and insularity in our digital lebensweld all are conspiring to pull the rug out from underneath our democracy.

But the debate over which truths should stand as the foundation of our civic life has been raging for a long, long time. Take for example the battle between creationists and scientists that started as a 1925 show trial in Tennessee and has sustained itself for almost a hundred years, taking the fight to the Supreme Court twice, and waging numerous battles in courts around the country.

The most recent skirmish in this forever-war is being fought in (you guessed it) Texas, whose Board of Education is considering measures to streamline and simplify the curriculum of the state’s public schools. What’s that mean? According to Austin’s NBC affiliate KXAN it means that “a committee of teachers and scholars has recommended removing several passages from high school biology textbooks to challenge the science of evolution.”

On one side there are folk like Tanya Estes who asked the board to “please move us past the scopes [sic] trials and elevate out [sic] Texas standards by removing Creationism from our science curriculum. If our much esteemed Catholic schools already practice the separation of science from religion, there is no excuse for our public schools not to do the same.”

Fair point! But have you considered the alternative, outlined by Raymond Bohlin?

Hmmm! Very interesting! It is truly heartening to know that the educational fate of some five million Texan children depends on such nuanced and delicate argument. The future is in good hands.

It’s also comforting to remember that H.L. Mencken, who reported on the 1925 Scopes Monkey Trial and who was profoundly critical of the anti-intellectual populism of his time, had this to say about American democracy and the supposedly rational roots of our public discourse:

“I have often pointed out how politics, under democracy, invariably translates itself from the domain of logical ideas to the domain of mere feelings, usually simple fear.” —H.L. Mencken, “The Foundations of Quackery,” Baltimore Evening Sun, 1923