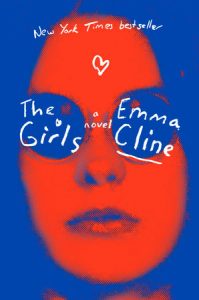 Emma Cline, the debut author of last summer’s New York Times bestselling novel The Girls, is countersuing her ex-boyfriend Chaz Reetz-Laiolo for damages, after his own lawsuit against Cline, which accuses her of using spyware to plagiarize some of his writing.

According to the Associated Press, “The novelist, who vehemently denies the claims, said in a countersuit that the allegations are the ‘ludicrous’ acts of a man who is jealous of her success and are part of a two-year assault on her mental health and literary reputation.”

Cline and Reetz-Laiolo were together during the years she was writing The Girls. Cline says they collaborated frequently during that time, and admits she used spyware to determine whether Reetz-Laiolo was being unfaithful.

The AP story continues: “Cline’s countersuit says the alleged plagiarism amounts to a few stray phrases and passages that stemmed from the couple’s shared lives, conversations and reading of each other’s work when they were both aspiring writers who were romantically involved.” But she insists the “plagiarism” ends there, and that spyware had nothing to do with it.

Before its publication, The Girls was already one of the most anticipated and “buzziest” books of 2016 — maybe not coincidentally, considering that it was the first installment in a two-million-dollar, three-book deal with Random House. Factor in a multi-page spread in Vogue (with the other big debut novelist of the year, Yaa Gyasi), dozens of very positive reviews, and a twelve-week stint on the Times bestseller list, and it’s not hard to fathom this unwanted attention on the twenty-seven-year-old author. Based loosely on the Manson family, The Girls chronicles the life of a woman whose youth is swept in a cultish family drama.