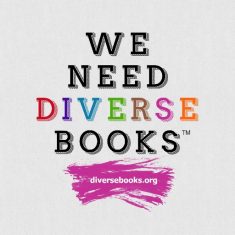 Last month, two volunteer organizations within publishing met to discuss the state of diversity in publishing. For Publishers Weekly, Calvin Reid wrote on the optimistic and ambitious tone of  the first town hall meeting hosted by People of Color in Publishing (POCinPub) and We Need Diverse Books (WNDB).

Over 90 individuals attended the town hall meeting on April 11. Organized as a panel, the two groups had representatives discuss the future of diversity within publishing, as well as the incredible growth both organizations have seen in the last 2-3 years.

Most of the group’s discussion focused on the positives of the last few years, all that they’ve accomplished  since starting in 2014. It is encouraging news to many who might feel the larger publishing industry has failed to rectify a devastating reality.

Some highlights are: the POCinPub’s Mentorship Program, which officially launch in 2017, with the most recent session ending this June. Caldwell says the program has “placed over 40 people of color into book industry jobs.”

Most exciting for POCinPub is their recent work towards filing as a 501(c)(3) nonprofit. Reid writes, “In conjunction with Latinx in Publishing, [POCinPub] is working to launch the Anonymous Survey Examining Workplace Racism, a study that will try to get information on whether staffers feel they are victims of racism in the workplace.

As Reid mentions, WNDB started by just one hashtag, after a disastrous planned YA panel discussion between four white, male authors, kicked off BookCon in 2014.

Oh noted that WNDB was founded in response to the “BookCon debacle” of 2014, when ReedPop scheduled a slate of “all white dudes” for the young adult panels at its consumer-oriented book fair. Both organizations, Oh and Caldwell emphasized, essentially began as hashtags on social media. “So much has changed and not changed,” Oh said. “But the energy level in this room feels good. Five years ago we were just a hashtag.”

The panelists praised the power of social media, citing WNDB social media campaigns such as the popular “We need diverse books because…” campaign. “It showed that the diverse books movement is comprised not just of people of color but of people with disabilities, the LGTBQ community, etc.,” Oh said. “Diversity is for everyone; you can read books about everyone.”