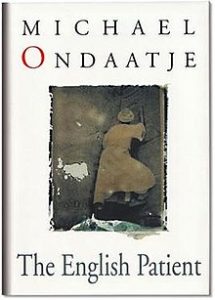 The moment we’ve all been waiting for is finally here. (No, not the impeachment of Donald Trump — though we’re on our way). The Golden Man Booker has been awarded at last, and the big winner is Michael Ondaatje’s 1992 novel The English Patient.

As we’ve discussed here, a few times, the Golden Man Booker is one-time-only award that was created to determine the best work of fiction from the past fifty years of Man Booker winners. Judges decided on a shortlist of five novels, which the public was then invited to vote on.

Anna Codrea-Rado at the New York Times reports that following the award’s announcement in London, Baroness Helena Kennedy, chair of the Booker Prize Foundation, released a statement about the novel: “The English Patient is a compelling work of fiction — both poetic and philosophical. As we celebrate the prize’s 50th anniversary, it’s a testament to the impact and legacy of the Man Booker Prize that all of the winning books are still in print.”

The English Patient is a story about four people living in the same house during World War II. One of them, badly burned, shares his stories about the war while recovering and under the influence of morphine.

The novel was turned into a successful 1996 movie starring Ralph Fiennes and Juliette Binoche, which won nine Academy Awards, including Best Picture. According to Ron Charles at the Washington Post, Ondaatje attributed his victory partly to the success of the movie. In his acceptance speech, he thanked the film’s director, the late Anthony Minghella, “who I suspect probably had something to do with the result of this vote.”