The difference between "British" and "American" humor: the comedy of cruelty 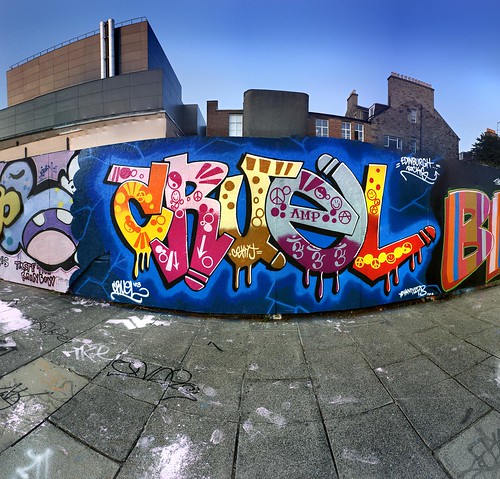 At the heart of British author Lars Iyer‘s debut novel Spurious is a relationship that most Americans would call downright abusive. Much of the book consists of one intellectual, named W., heaping insults and scorn upon another intellectual, named Lars. Carolyn See in The Washington Post writes “W. has made it his lifetime commitment to torment and denigrate poor Lars.” Erik Morse in Bookforum writes “To W., the only thing more despicable than Lars’s mental and physical languor is his modest domicile, unkempt and lately infested with mold—a portent of something sinister for the frustrated existentialist. ‘You are the sign of the End,’ W. announces to his friend mockingly, with the apocalyptic drama of a Talmudic prophet.” At The Complete Review M.A. Orthofer writes”It’s an odd relationship they have, and difficult to explain.”

And yet despite the constant cruelty of their friendship, Lars never seems offended or put off. Indeed, there’s a peculiar ecstasy to the insults, as if friendship, and perhaps humanity, must be bathed in the fire of such honesty and humiliation.

Iyer’s sharp-edged comedy reminded me of the recent Golden Globes Awards where British comedian Ricky Gervais‘s ruffled some feathers and drew some tsks-tsks from the celebrities with his caustic brand of comedy. In a feeble attempt at a reprimand Tom Hanks quipped, “We recall back when Ricky Gervais was a slightly chubby but very kind comedian.” Apparently Hanks has never watched The Office–a show that boils with the most merciless comedy ever created. Human behavior is vivisected in The Office. Pride, self-denial, greed, bigotry, and callousness are revealed as commonplace, and hope and love are openly mocked. It’s a show at which you don’t laugh as much as wince, praying that you don’t resemble the deluded characters, suspecting that you probably do. It’s a degree of negativity that almost never appears in American television as evidenced by the harmless, bumbling, sweetness of the American version of the show. Americans abhor anything that hurts their precious self-esteem. (As Elizabeth Kolbert writes in The New Yorker, “the only category in which American students outperform the competition is self-regard.”) But it’s precisely the sting of self-recognition that makes Gervais and Iyer’s comedy so brilliant. As Susan Salter Reynolds writes in her Los Angeles Times review of Spurious “I’m still laughing, and it’s days later. But who, exactly, am I laughing at?”

Why is W. so cruel? we asked Iyer. Here’s his response:

Cruelty is one of the few ways in which some of us can show affection in Britain, much to the confusion of many Americans I’ve known. It’s what makes us laugh, for the most part, even if we’re the butt of the joke.

A couple of years back, a scientist made the dubious claim that British-style ‘negative humour’, which includes teasing and self-denigration, is genetically determined. It is innate to the British as it is not to Americans. What nonsense! I think the origins of ‘negative humour’ lie in something much simpler: a desire to be different from puffed-up fools who take themselves all too seriously. And that’s the positive role of so-called ‘negative humour’: it chips away at self-importance. We could do with a lot more of it!

Of course, W. is not only cruel to Lars, but he is cruel to himself, too. In fact, both characters are ruthless with respect to their own intellectual incapacity, to the imposture of their efforts to think, and also to their responsibility for the state of the world, their ethical indolence, their political complacency … ‘Negative humour’ again, but this time it takes the form of a kind of self-critique which attacks all forms of smugness or self-satisfaction.”

Publisher’s Weekly called Spurious “a love it or hate it book” and based on the reviews, this seems to be an accurate appraisal. (Much better, of course, to be loved and hated than to be neither loved nor hated.) I suspect a major factor in determining whether you will love or hate this novel depends on how “British” or “American” your sense of humor is.

An easy litmus test is to read Iyer’s Twitter UtterlySpurious where he posts bleak aphorisms by famous philosophers and artists, and also snippets of dialogue between W. and Lars. If you find them funny or true or both, then Spurious is a book for you. If they seem too dark and mean, then maybe it’s not.

An example: “Tarkovsky: I think joy is a lack of understanding of the situation in which we find ourselves.” Another: “Cioran: To hope is to contradict the future.” Or, in a quintessential example of “negative humour”: “I think it would be nice to write a comic novel, I say. There are two problems, says W., you’re not funny and you can’t write.”