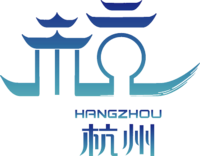 The dope municipal seal of the city of Hangzhou.

When we think of minimalist retail experiences, we tend to associate them with hip, modern fashion. We certainly don’t immediately think of bookshops, which are often some combination of dusty, musty, cozy, labyrinthine, and overstocked. These are the very features we love in our bookshops.

Of course, there have been attempts to streamline the bookstore experience.  But these feel impure, with shades of soulless.

A year ago, however, a bookstore in Hangzhou, China brought a little purity and soul into the mix. The brilliantly-named Novel Hovel restricts itself to selling two titles at a time, with only twenty copies of each in stock, changing it up every two weeks. The best part of this arrangement is that the books are chosen by local readers; everyone from local literati to sixteen-year-old girls have served as curators-for-a-fortnight. The Novel Hovel does not restock titles if they fly off shelves before the two-week timer runs out.

As Sidney Leng reports for the South China Morning Post on the store’s founder, Li Jiawen:

“All the books for sale are bought online, sometimes at full price. And we don’t accept sponsorship from publishing houses that offer us books for free for marketing purposes,” Li said.

Occasionally, sourcing the books requested by recommenders can be difficult if they are out of stock and some people may have a particular preference for traditional Chinese versions published in Hong Kong and Taiwan.

And so, an idea that could at first sound like a crass marketing maneuver is really far from it. Li even puts vegetables on the shelves alongside the books, to draw a parallel with “spiritual food.”

Of course, this isn’t necessarily killer as a business model, and the shop can only exist as part of Li’s bustling cafe (he was an early proponent of coffee before the drink had broken into the Chinese mainstream). But damn if it isn’t an excellent community project, and a true honor for the authors selected.