The bookseller who’s running for Congress against a Republican incumbent 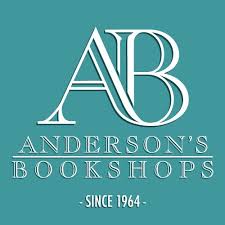 To be a bookseller is to be one of the finest representatives of our species. This idea holds even before they contribute to the overall happiness of the population in other ways, such as fighting fascism in their window displays, or fighting fascism by writing a book.  As Shelf Awareness points out, it’s not even unheard of for booksellers to run for mayor.

But if you were reading the trades last week, you might have caught news of one bookseller setting her sights on the very top. Specifically, Illinois-based bookseller Becky Anderson Wilkins announced in Publishers Weekly that she’ll be running for Congress.

In her words, “I’m running for the Illinois Sixth Congressional District to defeat Republican Peter Roskam, a representative who doesn’t listen, doesn’t engage with his constituents, refuses to hold town halls, takes large amounts of lobbyist and special interest money, votes the Trump line, and shows little empathy for those he serves.”

Aside from her bookseller credentials—she’s an American Booksellers Association board member, and the co-owner of Anderson’s Bookshops, a business that has been in her family for generations and now boasts three shops in the Chicago suburbs—Anderson Wilkins has served as a city councilwoman in Naperville, Illinois.

But her bid for higher office does not signal a desire to leave the book life behind her. In fact, she’s running her campaign based on principles gleaned from the art and service of bookselling. In her PW stump, she writes:

Our bookselling toolboxes include skills that are missing in Congress:

› Serving our customers and community

› Listening to our customers’ needs, complaints, and opinions

› Engaging our customers with new ideas and thoughtful conversation

› Treating employees, the community, and each other with generosity of spirit

› Standing up and speaking out for what matters to us

› Building bridges through outreach to a huge variety of groups in our cities, towns, and villages

› Compromising and collaborating in-store and beyond

What it comes down to is this: if booksellers treated their customers like many of our current U.S. Congress members treat their constituents, we would have been out of business long ago.

Hopefully bookstores will remain havens for all of us, and hopefully folks like Anderson Wilkins will urge our government to start treating the country that way. Give ’em hell, Becky!