The American Library Association reminds us we are prudes and jerks 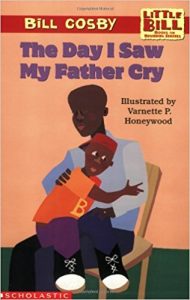 The American Library Association has released its annual list of top ten books Americans tried to ban last year, and—surprise!—it reveals our fellow citizens to be (at best) a bunch of prudes and (at worst) homophobic jerks.

The One Summer by Mariko Tamaki and illustrated by (the super cool) Jillian Tamaki, Drama by Raina Telgemeier, George by Alex Gino, I am Jazz by Jazz Jennings and Jessica Herthel and illustrated by Shelagh, and Two Boys Kissing by David Levithan were all challenged for including LGBTQ characters.

Looking for Alaska by The Fault in Our Stars author John Green, Big Hard Sex Criminals by Matt Fraction and illustrated by Chip Zdarksy, and Make Something Up by Fight Club author Chuck Palahniuk were challenged for being “sexually explicit,” and Eleanor & Park by Rainbow Rowell was opposed for its “profanity.”

Despite the seriousness of the problems these objections reflect, the objections themselves have become so familiar they’re just tedious. The only anomalous book on the list is Bill Cosby’s The Day I Saw My Father Cry, which was published as part of the “Little Bill” series in 2000. The objections, of course, have nothing to do with the book itself, but rather the rape and sexual assault allegations against Cosby, who is due to stand trial in June.