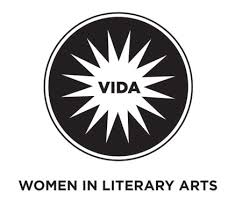 VIDA: Women in Literary Arts released their 2016 survey results this week. Each year, the count tracks representation in literary media by gender. This is the first one to factor in age and educational background as well.

As editors Amy King and Sarah Clark write in their introduction to the 2016 survey, a year into the long, Trumpian campaign to Make America Great Again, “we find ourselves in the midst of an unabashed war on women, alongside the systemic erasure of nonbinary and trans people. Access to contraception and abortion are being threatened by medieval thinking, and violence against women and trans people is being pardoned at the highest levels.” The VIDA project has always had a sort of insurrectionary urgency to it. That urgency, and the collectivist energy that comes with it, are more necessary now than at any time since the count started in 2010, seen against the flailing viciousness of America’s unleashed id.

The results of the survery are decidedly mixed. Some publications have made impressive strides in improving their gender representation — most notably Granta, where, for the first time since the survey began, more women than men were published. At Tin House, women contributed sixty-seven percent of features, fifty-seven percent of fiction, and fifty-one percent of the writing overall.

Some publications made progress in one area, only to regress in others, as was the case at Harper’s, where fifty percent of book reviewers were women, and where reviewed authors and bylines were twice as likely to be men.

Some venerable institutions appear to give zero fucks total about women’s representation. The gold medalist in this category is the London Review of Books, where only one in five bylines, and one in four books reviewed, were by women. Silver goes to the Nation, where men accounted for sixty-seven percent of all bylines.

Sadly, the big picture isn’t particularly rosy, despite hard work by King, Clark, and editors at standout publications like Tin House, Granta, and Poetry. As the report notes, “In 2015, 58% of counted publications demonstrated gender parity, while this year, only 48% of counted publications published as many bylines by women writers as men, or more.” That’s a very discouraging decline, particularly in a year dominated in American mass consciousness by the presidential campaign of Hillary Clinton, the first woman to run for the office as the nominee of a major party.

As always, we’re grateful to Amy King and Sarah Clark, their colleagues, and everyone who responded to the survey. We’ll work hard to improve gender representation in the literary world and empower women in the workplace, and we’ll remain hopeful that, as an industry, we can get our shit together and claw our way back to sixty-percent parity.