The landmark, award-winning magazine of the great Lone Star State, Texas Monthly, is in the midst of an identity crisis, and we can most definitely blame the new owner: Texan private equity enthusiast—and definite non-journalist—Paul Hobby.

For the Daily Beast, Olivia Messer rounded up some telling gossip about the current state of Texas Monthly. In the last year alone, the magazine has seen the departure of over eleven editorial staffers, many of whom brought renown with their hard-hitting reporting. What’s behind all these departures? An atmosphere of “fear and precariousness, with employees worried about job stability and unsure if they can trust their leadership,” says Messer.

As we reported last March, one of the most shocking departures is “best damn writer in Texas” Pamela Coloff, who’s been publishing stories at ProPublica and the New York Times Magazine (headed by another Texas Monthly alum, Jake Silverstein). In that piece, we also noted, “With the departure last month of website editor Andrea Valdez to take over at Wired.com, and with continued reports of staff disgruntlement, it’s possible that Colloff’s jump from Texas Monthly is just the start of a larger exodus.” According to Messer, it was. Creative Director T.J. Tucker, senior editor John Spong, staff writer Jordan Breal, copy editor Shannon Stahl, and features editor Dave Mann have all jumped ship since Hobby’s acquisition.

It’s not hard to imagine two epic missteps by the Monthy’s new editor-in-chief, thirty-three-year-old Tim Taliaferro, as the reasons for these departures. In a year-old interview with the Columbia Journalism Review’s Lyz Lenz, Taliaferro is asked about his decision to dial back local news coverage in favor of more “lifestyle” material. “Texans don’t care about politics,” he tells Lenz. Backlash hit the magazine hard, and Taliaferro objected to the quote, saying it was “Amazing to have a quote taken so far out of context.” In response, the CJR posted the reporter’s interview notes on Twitter. 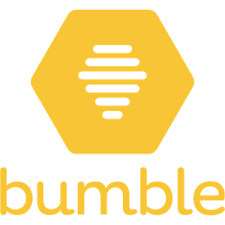 Taliaferro’s second major misstep came just last month, when a CJR exposé by Alexandria Neason revealed he might have negotiated an unsavory deal with Whitney Wolfe Herd, creator of the dating app Bumble. In exchange for a $25,000—$30,000 social media push for the magazine, Taliaferro reportedly promised to run a cover feature on Herd and her app.

In one particular email, Taliaferro—who continues to vehemently deny his involvement—reiterates the importance of getting online attention for the piece. He writes: “I can’t stress enough how much is on the line for me with this deal, I must have this story perform and earn lots of eyeballs.”

Some veteran staffers, who spoke with Messer anonymously, have actually come to Talioferro’s defense, sort of. Messer writes: “‘Tim is a symptom,’ said one former staffer who requested anonymity out of fear of professional retaliation. ‘The person who set that situation up is Paul: Paul Hobby.’”

Hear me out: Yes, this is bad news for the legacy of the Texas Monthly, and yes, Hobby and Taliaferro are likely leaving deep scars. But at least we’re now seeing the harm complete mismanagement by moneybags finance dudes can do to a journalistic enterprise. Hopefully the experienced staffers who’ve been fleeing Texas Monthly will find gainful employment at other, better-managed publications.

UPDATE: Shortly after publishing this story, we heard from a representative at Elizabeth Christian Public Relations, who provided a statement from Paul Lobby “clarifying what did and did not happen.” We wrote in our original report that Taliaferro “continues to vehemently deny his involvement” in swapping cover space for social media coverage; in the statement, Hobby stands by him. In its entirety, it reads:

Throughout our 45-year history, Texas Monthly has been known for our quality journalism and an ironclad commitment to editorial integrity. Our credibility is our most precious resource.

The magazine did not and will not sell our covers. Bumble’s Whitney Wolfe Herd was the best option for the cover of the newsstand copies of our February issue, and that’s why she’s featured. No money changed hands to promote any story. No editorial or cover considerations were influenced by outside interests.

Editor-in-Chief Tim Taliaferro’s communications with Bumble publicists may have incorrectly appeared to be a blurred line between the editorial and business sides of the magazine. When it comes to Texas Monthly’s journalism, even the appearance of impropriety can be damaging and is not acceptable. Taliaferro has acknowledged his misstep and regret to our staff, who care deeply about upholding the highest standards of journalism.

As part of our commitment to protecting our editorial integrity, and for the assurance of our staff and readers alike, we have engaged Rich Oppel (former editor of the Austin American-Statesman, multiple Pulitzer Prize and National Press Foundation award-winning editor) to serve as a third-party ombudsman. He will review our processes and organizational structure and make recommendations for implementing every appropriate safeguard to protect our work.

We take seriously our responsibility to maintain the hard-earned reputation of this magazine. We stand by the tenets of journalism and are committed to making our processes—and this team—stronger than ever.

Should Texas Monthly or ECPR offer substantiation of these assertions, we’ll be glad to publish it. Besides that, it may be worth noting that the assertion that “no money changed hands to promote any story” is not exactly a refutation of the primary claim against Taliaferro, which is that he traded coverage not for money but for paid social media advertising. As Alexandria Neason says in the report that broke that news:

It’s true that editors often make plans to push out stories on social media platforms—every publication now has a social media editor—and regularly interact with publicists. It’s the suggestion that it’s normal for editors to become this involved in a private company’s plan that is troubling. Paid social media promotion is, in some ways, an evolution of advertising — a gray space. The optics are risky, and in this case, they’re bad.