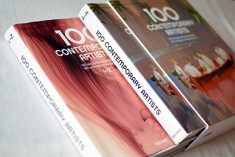 There’s something new in the realm of publishers testing out bookstore business models. This time it’s German publisher Taschen, who’ve decided to open an upscale bookstore in Hong Kong—the company’s first in Asia—as Denise Tsang reports for the South China Morning Post. Marlene Taschen, managing director and daughter of founder Benedikt Taschen, aims to use the store as a means of testing the marketplace and mapping future locations throughout Asia.

You might be familiar with the publisher for its extensive catalog of art, architecture, and design books, often printed in attractive, collectible editions. I mean just look at this book, it’s the kind of thing I’d put on a coffee table if I had a coffee table (or desired to subject such a beautiful book to the possible coffee stains of being a coffee table book). Their image-heavy books run the gamut—from the bestselling Art of the 20th Century to 1000 Record Covers (a book with, you guessed it, a copious amount of vinyl record covers)—and that’s before getting into their line of “sexy books” like Dian Hanson’s Little Book of Butts and Little Big Book of Pussy. The store will be equipped with these titles, and unlike most bookstores that flesh out their shelves with stationery and other impulse items, will stick to exclusively Taschen’s own catalog. It’s definitely a bold move, one that Taschen expects will separate them from the rest of the herd.

The publisher has been known to put out limited editions wrapped in silk scarves and preserved in oak boxes, so I guess what I’m about to disclose might not come as a surprise. A highlight to be sold at the store is a book priced at HK $250,000 (approximately US $31,858). The book, effectively a collection of Ferrari images from both the car company’s archives and private collectors, is the quintessential example of collector’s item. Granted, this is the “high end” or “premium” model. “We publish books on the same subject in different sizes and editions so that people can afford them,” says Taschen. Taschen expects to provide a range for their titles — from affordable handheld editions to deluxe editions “as large as a dining table when unfolded.” The Ferrari book? Yeah, the baseline model still costs about HK $47,000 (approximately US $6,000).

We’ve seen the now industry standard hardcover/paperback/mass market/e-book publishing model; we’ve also seen publishers put out limited editions under specific circumstances. What Taschen is doing with the bookstore is essentially taking both ends of the spectrum, blurring it, and adding some racing trim, for the sake of fashion. If you take a closer look, it’s quite smart. We don’t hear of publishers making bold, exceedingly risky moves, so at the least, it’s worth keeping an eye on the store and its unique (inadvertently automotive influenced) publishing model.