T.S. Eliot’s The Waste Land, with inscription to the author’s therapist, goes on sale 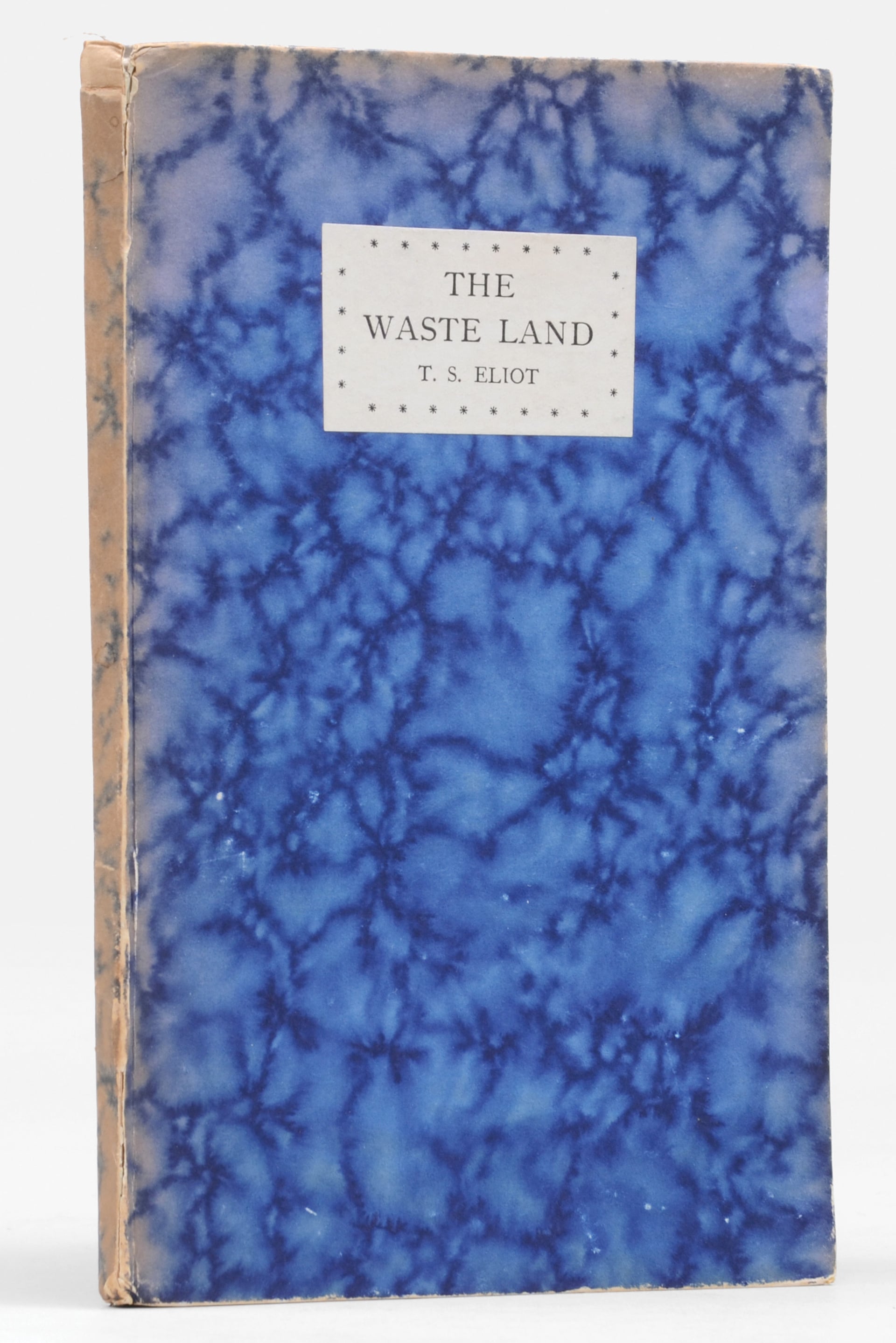 Notable antiquarian bookseller Peter Harrington is auctioning off a signed, Hogarth Press edition of T.S. Eliot‘s The Waste Land, inscribed to Dr. Roger Vittoz, Eliot’s primary physician during his convalescence from a nervous breakdown in 1921. While in the care of Dr. Vittoz, Eliot wrote the first 19-page draft of the seminal work of modernist poetry.

From Alison Flood at The Guardian:

Vittoz’s signed copy, which was passed to an academic, has just been put up for sale by rare bookseller Peter Harrington as part of its new catalogue. Peter Harrington called the copy’s dedication “a remarkable association, arguably second only in importance to the dedication copy inscribed to Pound.”

The full inscription reads: “To Dr. Roger Vittoz, with the enduring gratitude of the author, T. S. Eliot, Christmas 1923.”

Also included in the catalog is this interesting passage about Eliot and Vittoz’s relationship from Matthew Gold‘s “Therapeutic Possibilities of The Waste Land,” an essay originally published in the Journal of Modern Literature:

Dr. Vittoz’ role in the composition history of the text has been studied only vaguely, yet it is comparable to Ezra Pound’s famous ‘caesarean Operation’. If Pound was the midwife of the poem…then Dr. Vittoz was the anesthesiologist on call during the delivery, guiding Eliot through the birthing process and slipping him an epidural when the pain became too great.

But if Eliot isn’t your bag, Peter Harrington catalog has plenty more to offer. Perhaps you might be in the market for an eight page signed-and-corrected draft of a speech written and delivered by Winston Churchill about the British financial crisis of 1931? It’ll only set you back a cool £32,500.

What’s that you say? Too rich for your blood? Well, a first edition German quarto of Kafka‘s Metamorphosis can be all yours for £12,500, out the door.

Or, maybe you’re more of a “ooh, look at all the pretty pictures” type. Don’t worry, Peter Harrington has you covered: all six volumes of David Roberts‘s magisterial lithographic study of the Middle East, The Holy Land—“one of the most important and elaborate ventures of nineteenth-century publishing”—for a paltry £275,000.