Cathy Stepp and Scott Walker in a 2014 informational video about deer hunting season. Via YouTube.

Wisconsin Natural Resources magazine saw its subscriptions skyrocket in the days following news reports that Governor Scott Walker was attempting to shut it down.

As we covered last month, Walker’s 2017­–19 budget proposal calls for scrapping the bi-monthly magazine published by the state’s Department of Natural Resources, which previous editors say operates without the use of taxpayer money. The Walker administration claims that cutting the magazine would save the state money, and DNR spokesperson Jim Dick argues it would allow agency employees to focus on other work; critics, including former agency employees, say the move is part of a concerted effort to stop state agencies from sharing information about conservation and climate change with the public. The magazine covers outdoor lifestyle and conservation science—particularly as it relates to DNR projects—and former editors have described increasing pressure from above to avoid publishing on any issues related to climate change. (By “above” they mean the DNR brass headed by Cathy Stepp, who recently said her personal opinion about climate change “doesn’t matter” because the job of the agency is “limited to adapting wildlife management methods to environmental changes and enforcing greenhouse gas standards set by others.”) 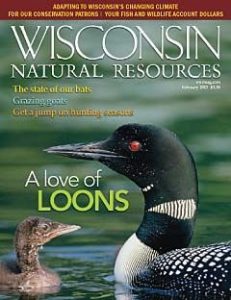 Some Wisconsin residents are responding. Steven Verburg, who has followed the story extensively for the Wisconsin State Journal and elsewhere, reports that that the DNR received 1,394 subscription orders in the eight-day period after the news of the proposed cut broke, a number confirmed by Dick. According to a former editor, Natasha Kassulke, they typically receive “no more than a few hundred orders” a week. DNR officials have previously acknowledged the magazine is popular, and the proposed shutdown seems to be provoking dissent.

Meanwhile, last week Verburg reported that the DNR received hundreds of calls and emails from concerned citizens after news spread that in December it removed language from its website “that had described the urgency of addressing human activity that has accelerated climate change.” That was, of course, weeks ahead of the Inauguration Day purge of “nearly all mentions of climate change” from the White House website.