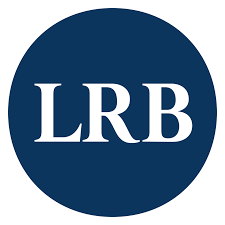 The 2010s were a watershed decade for representation. Diversity in all forms of media came to the fore as a major issue, riding on a groundswell of people pushing for their voices to be heard, and for their dignity to be respected. This movement was (still is) bottom-up, and naturally so: it poses a direct challenge to established structures whose prestige is based on exclusion. This exclusion has most recently reared its head in the Guardian’s run-down of diversity in UK poetry.

Overall, the stats were promising, but nestled among the good news was an alarming fact; the London Review of Books did not review the work of any non-white poets in the past decade. It did not publish any work by non-white poetry critics, either.

This outright exclusion of nonwhite voices (either through active resistance or indifference, as the article puts it) feels sinister. The LRB, with all its prestige, clearly has no financial, reputational, or other “bottom-line” reason to change its practices yet. Nor have its editors had some kind of moral epiphany that would prompt them to change things themselves. Upon reflection, I feel that this exclusion of non-white voices is symptomatic of the larger crux of exclusion in media, particularly in literature: the ownership of language.

The central goal of diversity and representation in media is for non-normative voices to exist on their own terms. As Issa Rae, the widely beloved creator and star of HBO’s Insecure, aptly put it, “I don’t want to invalidate anybody’s Black experience. But it seems to me [on television], we’re either extremely magical, or we’re extremely flawless. But we don’t get to just be boring. Like, it’s a privilege to be able to be boring and not answer questions like, ‘What do you think about this shooting?’ and ‘How are you overcoming all of these obstacles?’”

Rae illustrates the ways that Black voices are accepted into the fold: by being funneled into particular narratives. As Rae says, some people’s experiences may speak to these narratives, but they are still exclusive if they do not allow for the full humanity of Black voices.

I argue that the exclusion in the LRB poetry section is a similar thing, happening at the linguistic level. Poetry is language at its most free; unburdened by grammatical and stylistic convention, poetry has the opportunity to create language. As Audre Lorde said in her 1985 essay, “Poetry Is Not A Luxury,” “Poetry is the way we help give name to the nameless so it can be thought. The farthest external horizons of our hopes and fears are cobbled by our poems, carved from the rock experiences of our daily lives.” Anyone who has written a poem—notes-app word-vomit included—can attest to the validity of this.

One can see, then, how for people who are systemically shut out of the establishment, whose nascent thoughts and daily experiences are not given voice or credence, poetry, as Lorde argues, is vital. With this in mind, the LRB outright closing its door on non-white voices represents a severe problem: the question of who gets to arbitrate and create language at the most prestigious levels.

As the Guardian article points out, many of the celebrated English-language poets of the last decade are not white. For Ocean Vuong, perhaps the most prominent poet of the last decade, English is a second language that he acquired in childhood after immigrating to the U.S. from Vietnam.

Per the article, the LRB and TLS have acknowledged the problems and gaps in their publishing in conversation with groups such as the Ledbury Poetry Critics, who published the study, and in public statements. This is a start, but it can’t end with the establishment of representational quotas. Recognizing these problems should lead publications to examine the biases and thought processes that caused this exclusion in the first place.

Back to the question of who gets to arbitrate the value of language. Does that authority belong to those who speak and use it, non-white poets of the past decade included? Or does it only belong to the old guard who have spent the past decade conveniently averting their gaze from those poets’ works?  The LRB and TLS would do well to think about their honest answers.