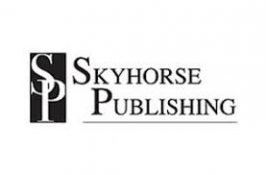 John Maher at Publishers Weekly and Ginger Adam Otis at the New York Daily News both reported on Wednesday that Skyhorse Publishing’s historic attempt to unionize has fallen short at the ballot. Votes were cast back on November 30th, after a prolonged struggle with management over which employees would be eligible to participate. Ultimately, the bargaining unit was cut down from fifty-one to “around 35,” according to Terry Buck, a copy editor and member of the organizing committee. According to Otis’s report, an additional twenty-three ballots were submitted, but “weren’t counted as eligible ballots.” In which direction those ballots were cast wasn’t made public.

Skyhorse founder Tony Lyons was happy with the outcome, telling the Daily News, “Skyhorse Publishing is pleased that our employees have decided against representation by a union. We look forward to continuing our mission of providing readers with the highest quality books we can find.” This doesn’t at all rise to Joe Ricketts levels of dipshittery, but there is ample room to disagree with Lyons. All too often, unions are cast as malevolent third parties, rather than constructive vehicles by which employees can organize and protect themselves. In Skyhorse’s case, pro-union voices wanted to push back against a slate of workplace policies that, according to Maher, include “low wages, cuts in paid time off, and changes made to health benefits.” Since Lyons, president and publisher, had presumably at least signed off on these changes, one could hardly have expected him to support a unionization effort built on resisting them.

It also seems that, as was the case at Gothamist and DNAinfo, organizers may have faced considerable resistance. Buck told Publishers Weekly that members of the committee had “faced a lot of bullying in the office” and “more subtle repercussions for publicly identifying ourselves as union supporters.” He also told PW that five employees had resigned this year, all of them signatories to the letter of intent. This is pretty shit behavior, and may violate the National Labor Relations Act’s protections against workplace retaliation. It certainly seems to violate the spirit of labor law, whatever the intricacies of enforcement may be.

Despite the disappointing result, the Skyhorse organizers have already won significant concessions from management (including a cessation of layoffs, facilities improvements, and the hiring of an HR coordinator), and can call for another vote in the future. As we saw in the aftermath of the Gothamist/DNAinfo experiment, even in defeat, the power of the union is capable of materially improving workers’ livelihoods and job security. Congratulations to our colleagues at Skyhorse on their struggle — best of luck as you carry forward your fight for fair and collective representation.