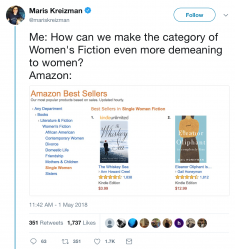 Last week, literary tastemaker Maris Kreizman noted on Twitter that Amazon has a very specific, and, in Kreizman’s word, “demeaning” sub-category within its Women’s Fiction genre: “Single Women Fiction.” “Single Women” is what my great-aunt mistakenly calls that Beyoncé song, but yes, it’s also an actual category of books on Amazon.

Why, your well-meaning but totally clueless male friend may ask, is this offensive and demeaning? Well,  let’s start with the genre of “Women’s Fiction” in general. It has long been ridiculed, mocked, and not taken as seriously as fiction written by men. Categorizing novels as “Women’s Fiction” to begin with is a way of saying that they’re the sorts of books that only appeal to half the population. Books by men, meanwhile, are simply labeled “Fiction,” and marketed to men and women alike. The phrases “Women’s Fiction” and “Chick Lit” are spoken with scorn and a rolling of the eyes, dismissing an entire canon of books written by women and dealing with women’s issues.

Take a look at any typical work of “Women’s Fiction.” First of all, it will always feature a female protagonist. The plot will usually center on issues in women’s daily lives –romances, friendships, family dynamics, motherhood. The issues and themes of these novels are distinctly feminine, and therefore are not considered important enough to warrant serious literary attention.

So when Amazon narrows this even further to “Single Women’s Fiction,” they’re adding insult to injury. If women in general are dismissed, single women are pitied. There is no male equivalent to the long-running joke of the single woman, the spinster, sitting home, eating ice cream and petting her cat. There is no category for “Single Men’s Fiction,” because our culture tells us there’s nothing remarkable about being a single man. There’s no story there.

A single woman, on the other hand — now there’s something to talk about, tell a story about. Women are constantly defined by their relationship status. Creating an entire category of books around it reinforces that stereotype, and continues to normalize the fetishization of the “single woman” without considering their stories significant enough to deem worthy of literary consideration. 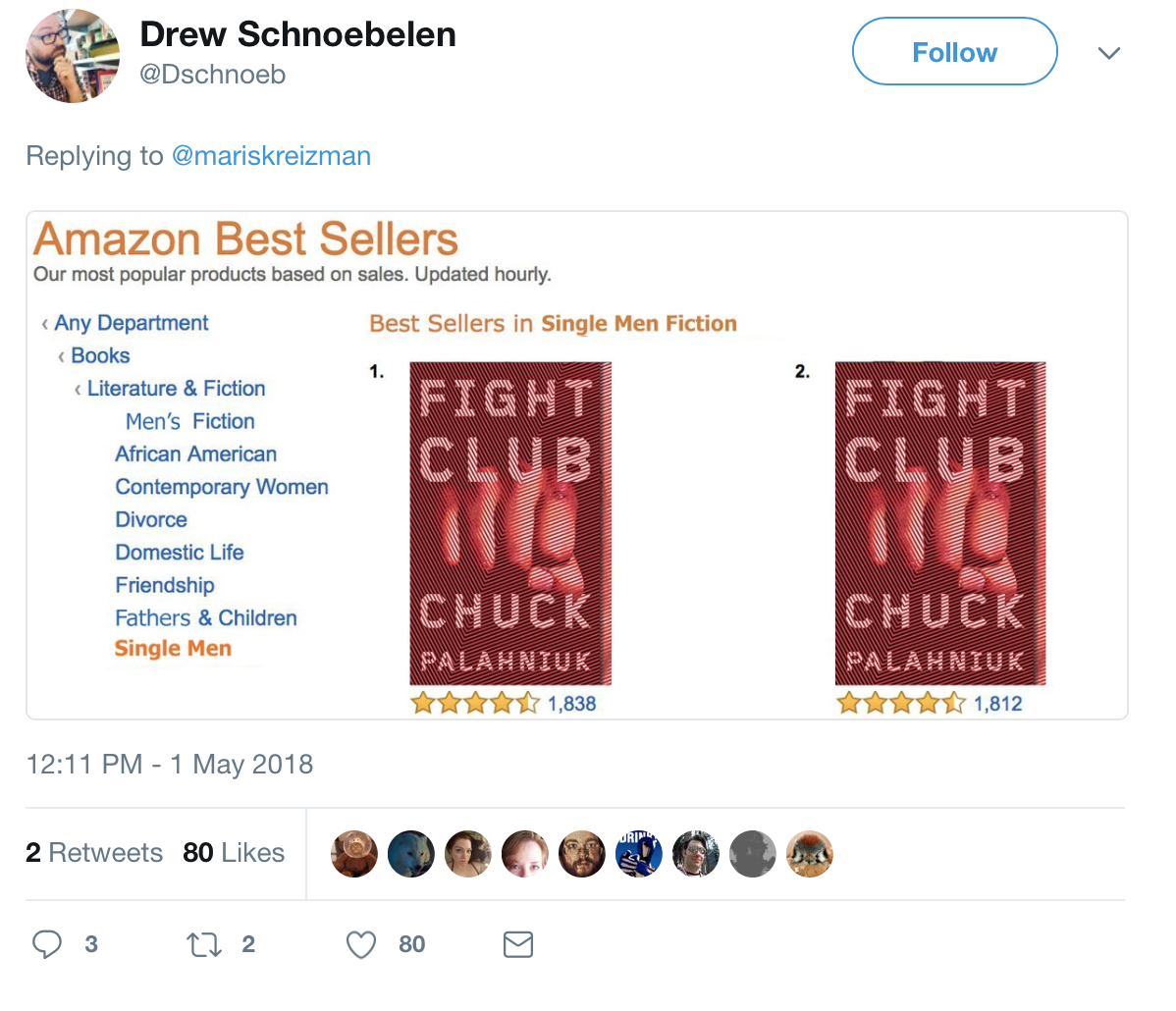