Fifty is the new twenty-five (probably), and that’s excellent news for the Beatles’ epochal Sgt. Pepper’s Lonely Hearts Club Band, which was released in the US fifty years ago today (it’d come out in the UK a week earlier). For the sake of reference, songs that were as old when Sgt. Pepper was released as Sgt. Pepper is today include Jerome Kern and PG Wodehouse’s “Napoleon” and George M. Cohan’s “Over There.” And America’s current number one suggests our taste hasn’t stopped evolving.

The Beatles’ cultural influence, of course, can hardly be overstated. To celebrate this august—indeed, this downright fab (sorry)—occasion, we thought we’d take a look at some of the appearances they’ve made in our august, fab catalog. 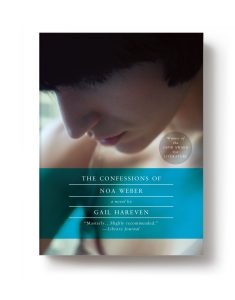 Here, for instance, is a passage from Gail Hareven’s The Confessions of Noa Weber, translated by Dalyu Bilu, a novel none other than Jessa Crispin has called “witty and compelling”:

“Don’t start jumping for joy. It’s only a fictitious marriage,” I said quickly.

“Fictitious?” the knife was still in her hand. “But what does that mean, fictitious?”

“It means that I’m getting married at the Rabbinate the day after tomorrow, and later on I’ll get divorced. Not that marriage means anything to me in the rst place, it’s just a primitive custom, but in any case this marriage isn’t for real.”

“Really? Is that so? One of the boys from the kibbutz married an illegal immigrant from Europe in a fictitious marriage, and afterwards they got divorced. But since then, as far as I know, we managed to chase the British out of the country.”

At some point she asked me if “he”—she never called Alek by his name—if “he” was “giving me drugs.” At another point she bemoaned “what would people say” and how she was going to tell my father. And when, on the verge of a childish hysteria I hadn’t planned for at all, I denounced her, my father, Zionism, the army of occupation, and the oppression of the Palestinians—she ordered Talush to leave the room so that I wouldn’t “influence” her. “We know very well who’s influencing you,” she said.

With the Beatles’s “She’s Leaving Home” in the background, with frames from Five Easy Pieces and refrains from the Israeli version of Hair in my head, the two of us played our roles in this little historical melodrama with facility and total identification. Only I wasn’t leaving home to go to San Francisco with a flower in my hair, but because I wanted to get married. To get married to a man I would rather have died than told my mother how much I loved him.

Anything as universally familiar as the Beatles can prove useful to a writer seeking a stable point of comparison for something else. Here’s how Jonathan Lethem opens an essay on Lorrie Moore in More Alive and Less Lonely, his fantastic new essay collection:

I’m aware of one—one—reader who doesn’t care for Lorrie Moore, and even that one seems a little apologetic about it. “Too… punny,” my friend explained to me, resorting to a pun as though hypnotized by the very tendency that had triggered her resistance. For others, Moore may be, exactly, the most irresistible contemporary American writer: brainy, humane, unpretentious, and warm; seemingly effortlessly lyrical; Lily-Tomlin-funny. Most of all, Moore is capable of enlisting not just our sympathies but our sorrows. For many readers, the fact that Moore has relieved an eleven-year publishing breach (her last book, the story collection Birds of America, concludes with her unforgettable baby-with-cancer story, “People Like That Are the Only People Here,” a breathtakingly dark overture to a decade’s silence—as if the Beatles had exited on “A Day in the Life”) is reason enough to start Google-mapping a route to the nearest surviving bookstore. 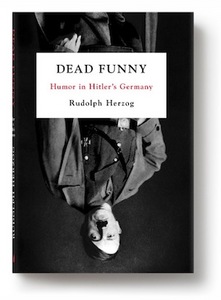 The band jumps out as from a cake in this passage from Rudolph Herzog’s Dead Funny: Humor in Hitler’s Germany, translated by Jefferson Chase:

Walter Moers’ 1998 Adolf, the Nazi Sow was another work on the dangerous topic that some initially might have found hard to take. The central premise was that Hitler, complete with center part and moustache, had survived the war hidden in the sewers and reemerged in modern-day Germany. But the old-fashioned dictator is no match for the postmodern world and so becomes embroiled in a series of absurd situations. In one episode, the Führer appears in a popular, real-life TV cooking show, where he explodes in rage in the mistaken belief that the host is Jewish. In another he allows his Tamagotchi to starve, as revenge for what he sees as Japan’s betrayal in World War II. “Miserable traitors,” the Führer fumes. “Two little atomic bombs, and what do they do? Throw in the towel!” His only consolation is the discovering that his old buddy Hermann Göring also survived World War II and is now working as a transvestite prostitute in Hamburg’s red-light district.

Hitler needs all the friends he can get as Moers sends him on a journey through all the clichés of the modern media world, from the cult of Princess Diana to housewives abducted by aliens. Hopelessly befuddled, the ex-dictator is utterly incapable of understanding the country he once ruled and can only vent his frustration in half-articulate outbursts of rage. When he hears the Beatles’ “Hey Jude,” for example, he’s incensed that a song about Jews could be such a hit in Germany. Worse still for Hitler, no one in the brightly colored, comic-book landscape of postmodern Germany pays any attention to the old man’s ravings. Modern-day Germany, with its incessant talk-show babble, may be superficial, Moers seems to be saying, but at least there’s no place in it for the Führer. Cast adrift in a homeland that has become a foreign country, Hitler can lead nothing more than a shadow existence.

Ringo & Friends make appearances in several of our Last Interview books, too. It’s probably not surprising that they get mentioned in the David Bowie volume (quoth the Starman, “I wasn’t a Beatles clothes fan at all”), or the Lou Reed one (“I liked [John Lennon’s] stuff away from the Beatles”) — but you might not have expected this comparison, from Argentine journalist Ernesto González Bermejo, leading into an interview with the man himself, Gabriel García Márquez (whose One Hundred Years of Solitude, by the by, came out the very same month as Sgt. Pepper):

It’s been said that “Lenin and the Beatles are the two most important things to come out of the twentieth century.” You could argue that Gabriel García Márquez, a synthesis of the two, is the third thing for Latin America. Now to find some new way to praise One Hundred Years of Solitude. I’ll add just one thing, which I think is important: I believe that since the publication of that novel, we’re much more aware of our identities as citizens of an enormous Latin American Macondo. Even Kissinger has turned to the novel in the course of his international Fu Manchu-style demagogy.

There’s much more we might include here — Vivian Cook’s All in a Word, for instance, includes a statistical, Beatles-versus-Stones breakdown by lyrics (“the Stones are wild, the Beatles are good”), and in We, Robots, Curtis White remembers how, as young thinkers in the late sixties, “we replaced official lies with art — the Beatles, and psychedelia at the top of the list.” In Michael Bible’s Sophia, Nono remembers a time when she was fifteen, living in China, “heard a song by the Beatles on an American channel from Taiwan coming through a guard’s radio and dreamed of escaping.” 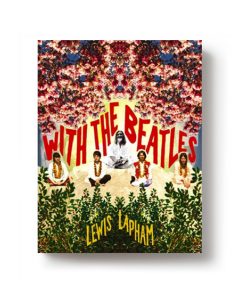 And of course, no overview of Beatletational Melvilleana would be complete without mentioning Lewis Lapham’s With the Beatles. Shortly after the release of Sgt. Pepper, Lapham, then in his early thirties, flew around the world to accompany the Beatles, Mia Farrow, Donovan, and other luminaries to an ashram in Rishikesh, India, on the banks of the Ganges. When Lapham’s editor hands him the assignment, he’s… surprised:

About the Beatles I knew that John Lennon had informed The Evening Standard in London that they were a bigger act than Jesus, also that the judgment probably was correct. Immense and joyous crowds had flocked to their American and European tours; in Russia their music embodied the sound and hope of freedom behind the iron curtain, forbidden by the state but circulating as emotional contraband in the same way that the early Christian gospels had been passed from hand to hand in the prisons of ancient Rome; in June of 1967, a new Beatles song, “All You Need is Love,” received its first performance on the first international satellite broadcast, seen by 400 million people and giving voice to what soon thereafter came to be known as the redemptive and flower-strewn Summer of Love. But if I knew that the Beatles were big, bigger than any country’s politics, their claims to omnipotence more apparent than those promoting the American army in Vietnam, I didn’t rate myself an informed or fervent fan. I’d seen the band play the Hollywood Bowl in August 1966, listened to most if not all the records, could hear in the songs the promise of innocence regained. What limited the degree of my enthusiasm was a lack of affection for the harmonics of Rock n’ Roll….

In conclusion, thanks, The Beatles — you guys totally passed the audition.