Boston-area bookseller, Melville House author, and beloved MobyLives columnist Josh Cook first published these thoughts on his blog, In Order of Importance. With his permission, and some updates, we’re excited to repost them here.

The Trump administration’s first, definitive step towards authoritarianism was so quick, so small, so… stupid, that I think most of us missed it. Maybe we were still reeling from Trump’s “American Carnage” inauguration speech or from the images of this obvious con artist standing next to President Obama or from the failure to trigger any of the constitutional mechanisms that would have prevented his inauguration or from the fact of his presidency at all or from the trauma of election night. Maybe we were thinking about how stupid we were to send money to Jill Stein for that recount. Maybe we were expecting the administration to at least try to pretend for an entire fucking day that this was going to be a real presidency with a Real President. Maybe we were thinking about the Women’s March, or planning our activism, or maybe, we were just expecting something else, something bigger, something more calculated, something closer to the Muslim ban, or at least something less… stupid.

On January 21, 2017, Sean Spicer, in his first official act as Press Secretary to the President of the United States of America, lied to our fucking faces. He lied about an objective truth. He lied about what we could see with our fucking eyes. He lied not for some kind diplomatic or strategic reason, not in an attempt to keep us safe from some kind of threat, or to forward some kind of policy they believed justified being dishonest with the American public. He lied to assuage the ego of a narcissist.

And nothing happened. He and the administration were criticized in the press of course, mocked in certain corners of the media, but no one involved in that obvious, profoundly stupid lie suffered any negative consequences. One of them is still president and one of them is a fellow at the Harvard Kennedy School.

In some ways, the inaugural crowd-size lie was a test. Would Congressional Republicans let the president obviously lie to the American people? Would Congressional Republicans allow the institution of the presidency and the institution of Congress be radically diminished as institutions of society and governance? Would Congressional Republicans do anything more than pay occasional lip service to the idea of objective truth and rule of law? If they are not willing to stand up to the administration over matters of arithmetic, and say, demand Sean Spicer resign or demand the president issue a retraction, or censure the president, or ask if someone who is willing to lie to the American people about what the American people just saw with their own eyes should have nuclear codes, would they be willing to stand up to lies with more ambiguity or lies that help them advance their agenda?

We, of course, know the answer to all of these questions. Sean Spicer tested Congress and the Republicans with an obvious lie and they failed the test. Sean Spicer was told to lie to the American public and he did, without batting an eyelash. And in doing so, Sean Spicer is directly complicit in the current existential threat to American democracy.

Now he wants to “set the record straight” with a new book. Which, to me, translates to “now I want to make a ton of money on being directly complicit in the current existential threat to American democracy, while trying to extract myself from the dumpster fire that is the Trump administration by claiming I had ‘concerns’ or that I ‘voiced objections.’” Everyone makes mistakes, everyone has regrets, everyone does things they wish they hadn’t done. I think we can accept that and accept that you don’t get a fucking take-backsie on abetting the rise of fascism. I mean, it’s not like there was any ambiguity here. If Spicer truly believed that lying to the American people is bad (and yes, I understand that spin is a press secretary’s job) he would have refused to call Trump’s inauguration the largest in history and then would have either resigned or been fired if Trump pressed him on it. Instead, he said it, stayed at his job, and kept lying to the public — and now his successor, Aunt Lydia archetype Sarah Huckabee Sanders, lies with breathtaking ease.

Obviously, don’t buy Sean Spicer’s book. But, if you’re reading this blog, I doubt you were planning on it anyway. So why am I spending my time on Sean Spicer when I could be doing, well, anything else?

Sean Spicer is going to kick off promotion for his cynical-money-grab-masquerading-as-a-redemption-tour at BookExpo (the convention formerly known as BEA), the annual gathering of the publishing industry. Or, to put this another way: a fascist collaborator is going to shill his book at BookExpo. 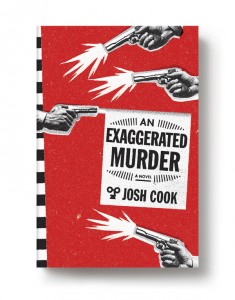 It is disgusting that he is being given this platform, even embarrassing, and I couldn’t let it happen without doing… something. I wanted to find an action that made sure he had no audience, something I could organize in my limited time and with my limited organizing skills, something that could fit in with all the good and necessary stuff happening at BookExpo, and that could accommodate as many allies as possible, without feeding Spicer too much free publicity. Sean Spicer should never have been given this “spotlight,” and BookExpo, to my thinking anyway, owes the world of books an explanation and an apology for this embarrassing decision. In conversation with other booksellers and representatives of the ABA, I’ve organized an action that I think fits all of the above criteria. I’ve created this Facebook event encouraging those at BookExpo to attend a different program on surviving sexual assault, and to remain in that space into the time that Sean Spicer will be spotlighted elsewhere. This gives people an active way to avoid providing him an audience, and also gives likeminded booksellers an opportunity to gather. Those who can’t make the action itself, either because they’re not at BookExpo or because they have other things to do at that time, can be counted by clicking “going” on the Facebook event. Essentially, we can use the Facebook attendance as kind of a petition, or maybe even a head count of people in the book industry who oppose spotlighting Sean Spicer.

At the very least, I don’t want the book world to just shrug its shoulders. It’s one thing for a fascist collaborator to try to make money by writing a book, and it’s one thing for a publisher to try to make money by publishing that book (and Regnery is a primary actor in the great conservative con), but it’s something else entirely for that publisher and that fascist collaborator to center that book at the industry’s biggest event and it’s something else entirely for the industry to let that fascist collaborator use its platform. The book world might not be able to stop this, but that doesn’t mean we have to accept it. There are times when I think we’ve got this. That the barricades are stressed but holding. That the blue wave will hit in November and crass survivalism will force Republicans to finally untether themselves from Trump. There are times when I think we’ll use this trauma to break through longstanding barriers to true social, political, and economic progress, and in a decade or so, we’ll end up with universal healthcare, an end to mass incarceration, a meaningful climate change strategy, massive campaign finance and corruption reform and, I don’t know, maybe even a livable minimum wage. There are other times when I think Republicans are going to roll out some kind of October surprise — they’ll martial voter suppression forces and techniques in ways we are not preparing for, and their existing gerrymandering will protect them enough for them to consolidate power and finish their decades long process of turning America into a neo-feudalist state run by wealthy white oligarchs.

But the former won’t happen on its own. And if the later is going to happen, well, then it will happen despite our best efforts. In the grand scheme of things, de-platforming Sean Spicer from a publishing industry event will be a relatively small victory. But all big victories are made up of small victories, just like all big lies are made up of small lies. And if there’s a choice between doing nothing and failing and doing something and failing, I’m going to do something.