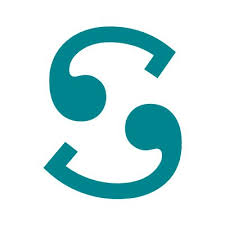 Scribd, an online reading subscription service founded in 2007, announced two months ago that they would begin publishing original content, in addition to providing subscription-based access to ebooks, audiobooks, articles, and other documents. Now, Anthony Ha at TechCrunch reports that the inaugural title will be … Mueller’s War, by Garrett Graff, a journalistic examination of Robert S. Mueller’s service in the Marine Corps during the Vietnam War.

Going forward, Scribd founder and CEO Trip Adler hopes that their series will carve out a niche somewhere between long-form magazine writing and full-length books, featuring fiction and non-fiction around 50,000 words long. In other words, its digital-only Book Shots for people who don’t read thrillers.

Adler also told Ha that they would be paying advances in line with traditional book publishing, and that they hoped the new endeavor wouldn’t create any conflict with their publishing partners, which include all of the Big Five. As they see it, Scribd Originals will be providing a space for authors “to keep in touch with their audience between books.”

While that may be true for now, Scribd’s confidence, and the success they’ve had cultivating a subscription based readership, suggest that the new format may be one to keep an eye on. While it’s hard to imagine that “books, but kind of shorter?” is going to have a transformative effect on the industry in the same way that audio or ebooks have, it’s certainly possible that Scribd will find success with the format as a supplement to their regular subscription.